Announcement of changes in EPM executives 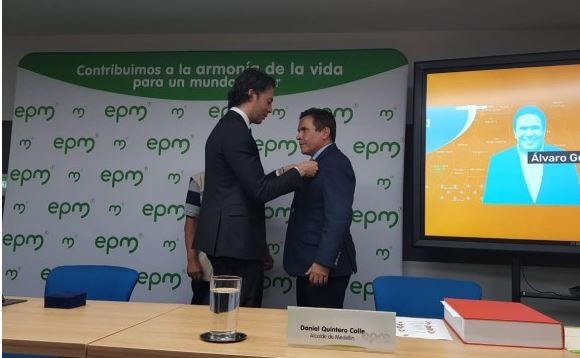 EPM announced changes in six of its vice chairs. The Vice President of Communication and Corporate Relations, Luz Mercedes Mejía López; the vice president of Shared Supplies and Services, José Nicolás Ríos Correa (both had been in the company for seven months) and the vice president of Human Talent and Technology, Ricardo José Arango Restrepo.

Maya Salazar, who played a leading role during the Hidroituango contingency service, will continue as an advisor to the general management.

José Nicolás Ríos Correa felt surprised because until this Saturday he had not been notified by the Management of EPM. “It would have seemed prudent to me at least one call,” Rios Correa replied.

It is expected that after the first board of the year, budgeted for next Tuesday, the company will announce the directors who will reach these six vice presidencies. It should be remembered that on January 1, Álvaro Guillermo Rendón López was announced as EPM manager by Daniel Quintero, mayor of Medellín. Rendón, a lawyer with a postgraduate degree in Administrative Law and Economic Law, has served as a professor in higher education and legal advisor to companies in the public and private sectors.

Put Hydroituango into operation, working on formulas for the reduction of fees for public services and the get into green energies market will be the main challenges of the new directorate of the public services company.

These changes in EPM occur the same week in which it was known that the management of the Metropolitan Area of ​​the Aburrá Valley modified the profiles of the seven sub-directors of the entity minimizing the technical requirements to fill those positions.