HomeNewsAfter four days, the incinerated homeless dies on a sidewalk in Medellín
News

After four days, the incinerated homeless dies on a sidewalk in Medellín 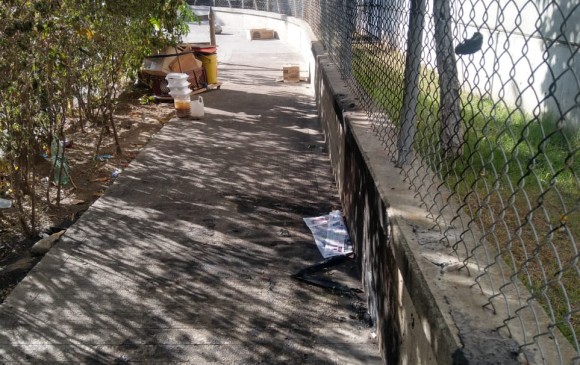 The criminal attack happened in the Campoamor neighborhood, where the homeless slept. Before he died, he had to tell how the events occurred.

Knowing what happened, the mayor of Medellín, Daniel Quintero, were affected. All our life is sacred and it hurts us that this happens, our mission is to protect it. With the authorities and the help of the citizens we are going to find the culprits, ”they wrote on Twitter. In the same way the governor of Antioquia, Aníbal Gaviria, pronounced. “Life is sacred. We all have the same dignity. Total rejection of this crime and support for the Police and Prosecutor to find the perpetrators of such an execrable act. Call citizens to reject these acts. There can be no indifference or complicity, ”he expressed in his Twitter account.

Édgar Alonso Gil Sánchez, 50, was attacked with fuel and set on fire on Wednesday, January 15 in the Campoamor neighborhood, in commune 15 (Guayabal), in southern Medellín. This was explained by the commander of the Metropolitan Police, General Eliécer Camacho.

“He declared himself at a place near the airport, was resting, covered with a blanket and apparently set on fire,” the officer said. The man was homeless for several years had to walk and was helped by his neighbors. Due to the seriousness of his injuries, he was referred by the San Vicente Foundation, but this Sunday he died. “Peace in the tomb of Édgar Alonso and total rejection of this type of events,” said Mayor Quintero.

Although on the day of the events, General Camacho announced that the motives of the case were unknown, advanced investigation and already have indications of what happened.

Tags :incinerated homelessMedellín
share on Facebookshare on Twitter
With Eclipse Designs live the experience of being comfortable
César Suárez acquitted and released