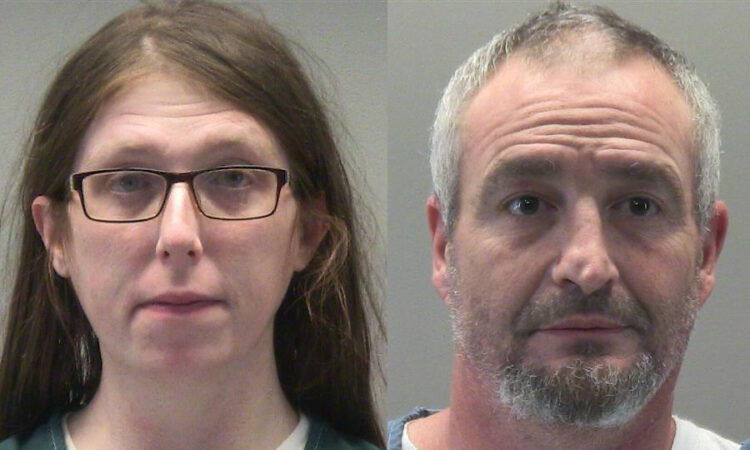 Three individuals associated with the Oath Keepers, a paramilitary organization focused on recruitment of current and former military, law enforcement, and first responder personnel, were indicted today in federal court in the District of Columbia for conspiring to obstruct Congress, among other charges.

Jessica Marie Watkins, 38, and Donovan Ray Crowl, 50, both of Champaign City, Ohio; and Thomas Caldwell, 65, of Clarke County, Virginia, were indicted today in federal court in the District of Columbia on charges of conspiracy, obstructing an official proceeding, destruction of government property, and unlawful entry on restricted building or grounds. Watkins and Crowl were arrested on Jan. 18; Caldwell was arrested on Jan. 19. All three individuals originally were charged by criminal complaint. The maximum penalty for Obstructing an Official Proceeding is a sentence of up to 20 years in prison.

According to the charging documents, Watkins, Crowl, and Caldwell communicated with each another in advance of the Jan. 6, 2021, incursion on the U.S. Capitol and coordinated their attack. Watkins, Crowl, and Caldwell are all affiliated with the Oath Keepers, while Watkins and Crowl are also members of the Ohio State Regular Militia. Watkins claimed to be a commanding officer within the Ohio State Militia in a social media post.

According to the indictment, the three defendants initiated their communications and coordination in November 2020 and continued through on or about Jan. 19, 2021, when Caldwell was arrested. The exchanges vary in topics from a call to action to logistics, including lodging options, coordinating calls to discuss the plan, and joining forces with other Oath Keeper chapters. On Dec. 31, 2020, Caldwell posted, “THIS IS OUR CALL TO ACTION, FREINDS! SEE YOU ON THE 6TH IN WASHINGTON, D.C. ALONG WITH 2 MILLION OTHER LIKE-MINDED PATRIOTS.” In a subsequent post on Jan. 2, 2021, Caldwell stated, “It begins for real Jan 5 and 6 on Washington D.C. when we mobilize in the streets. Let them try to certify some crud on capitol hill with a million or more patriots in the streets. This kettle is set to boil…”

According to the criminal complaint filed on Jan. 19, on Jan. 6, the three documented their participation and whereabouts in or around the U.S. Capitol on social media. Caldwell posted messages on Facebook such as, “We are surging forward. Doors breached[.]” and at 3:05 p.m. posted just, “Inside.” Watkins posted photos of herself, and with Crowl, on her Parler account and captioned a photo by stating, “Me before forcing entry into the Capitol Building. #stopthesteal2 #stormthecapitol #oathkeepers #ohiomilitia.” Subsequently, she posted a video of herself inside the Capitol captioned, “Yeah. We stormed the Capitol today. Teargassed, the whole, 9. Pushed our way into the Rotunda. Made it into the Senate even. The news is lying (even Fox) about the Historical Events we created today.”

In addition to the communication via Facebook and Parler, the FBI obtained an audio recording of Zello communications between Watkins and other suspected Oath Keepers during the Capitol incursion on a channel called “Stop the Steal J6.” As alleged in the indictment, in one transmission Watkins stated, “We have a good group. We have about 30-40 of us. We are sticking together and sticking to the plan.” An unknown male responds, “We’ll see you soon, Jess. Airborne.” Following the U.S. Capitol incursion, Watkins and Crowl each interviewed with the media. During the interviews, both confirmed membership of the Oath Keepers.

The post 3 ‘Oath Keepers’ Indicted in Federal Court for Conspiracy to Obstruct Congress During Capitol Riot appeared first on Breaking911.