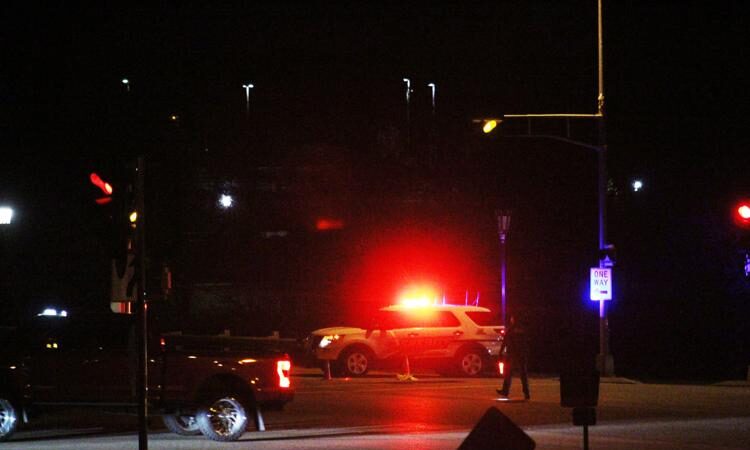 Authorities pleaded Sunday for help in locating a suspect who opened fire at a Kenosha County tavern in a confrontation that left three people dead and two people seriously injured.

Kenosha Sheriff David Beth said while the suspected shooter is still at large, the public is not believed to be in danger. The suspect apparently knew the victims and targeted them, although it is not clear whether the victims knew him. The shooting happened at Somers House Tavern in Kenosha County after the suspect was asked to leave the bar and then returned and opened fire.

“I’m led to believe there was some type of confrontation inside, the management asked that person to leave and then that person came back a short time later and shot people,” Beth told a Sunday morning news conference.

Beth said five men were shot. “Two died at the scene,” Beth said. The third person was loaded into a car by two other people who were trying to take him to the hospital. “They then went down in front of the old St. Cat’s (a former hospital on the 3500 block of Sheridan Road) and flagged down a deputy. That person then passed away.”

He said two other men were injured. “I believe one has a chest wound,” he said.

“There may be a few other people who were injured who we have not identified yet,” Beth said, saying others who were injured may have run from the bar after the shooting and not yet sought help.

Beth said that bar was crowded at the time of the shooting. Somers House is a popular hangout for students of nearby Carthage College. Wright said that the college went on lockdown after the shooting.

Beth left open the possibility that there was more than one suspect. He said he believed at least one handgun was used.

The road leading up to the tavern remained closed early Sunday as officials investigated the latest in a string of recent mass shootings across the country, including the killings of eight people at a FedEx warehouse in Indianapolis on Thursday. Last month, four people were killed at an office shooting in California, eight people were fatally shot at massage businesses in the Atlanta area, and 10 died in gunfire at a supermarket in Boulder, Colorado. — Kenosha News and Associated Press

The suspected shooter was not immediately captured. Wright said the shooting appeared to be a “targeted and isolated incident,” and authorities didn’t believe the general public was in danger.

share on Facebookshare on Twitter
Breonna Taylor’s Mother Slams BLM, Calls the Organization a ‘fraud’ and Says ‘they’ve never done a damn thing for us'”
Three people are dead amid an active shooter incident in Austin, Texas