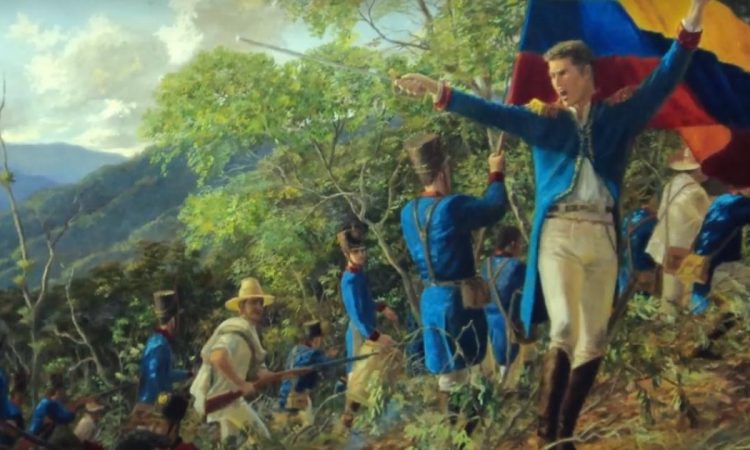 In the mountains of northern Antioquia, lieutenant colonel José María Córdova led the Independence campaign with which the Spaniards led by Warleta were defeated, tells theliberator story.

The commemoration of 200 years of the battle will be led by the President Iván Duque Márquez, due to Vice-President Marta Lucía Ramírez, who will go to Yarumal to recognize the heroism of Córdova and the importance that this combat had for the consolidation of the Independence of Colombia, for what constitutes one of the key events of the Bicentennial.

“In the park that have the name of Epifanio Mejía, in honor of the author of the Antioquia anthem, the commemorative event will be held. A commemoration panel will be exposed, a military stop will be made and we will have the assistance of national, departmental and local authorities,” said Yarumal mayor Miguel Angel Peláez.

The battle of Chorros Blancos is one of the 3 battles that took place between the 11th and 12th of February 1820  in the mountains of the municipalities of Campamento, Angostura and Yarumal, the formerly called San Luis Gonzaga.

After the protocol event, in Yarumal the writers Mauricio Restrepo and Orlando Montoya will launch the book edited by the Antioquia Academy of History, which narrates the battle.

After this act of Bicentennial in Yarumal, President Ivan Duque will be in Medellin in a cabinet meeting with the Departmental Governmentl.

Tags :Antioquia
share on Facebookshare on Twitter
Colombia will eradicate up to 130,000 hectares of coca this year
Southern Aburrá Valley will be supervised with drones