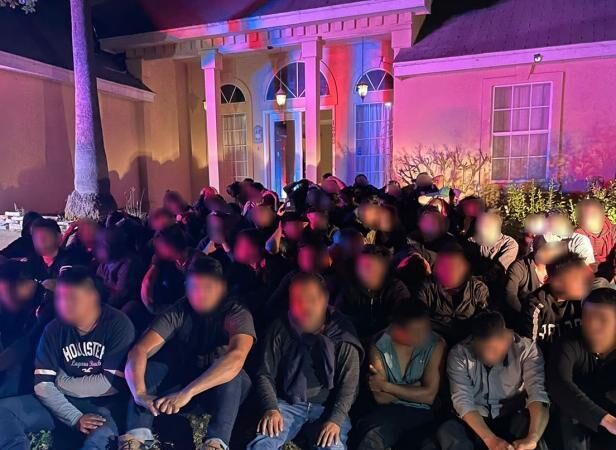 LAREDO, Texas – (CBP) – Within hours of each other on May 4, Laredo Sector Border Patrol agents and law enforcement partners shut down three stash houses and apprehended over 180 undocumented individuals throughout the City of Laredo.

The second incident occurred later that evening when agents assigned to Laredo South Station acted on information of a possible stash house in south Laredo. Agents along with HSI and WCCP2 Deputies apprehended 50 undocumented individuals.

The final stash house was closed late that evening after receiving information of a possible stash house in north Laredo. Agents, with the assistance of HSI, SOD, and WCCP2 responded, and a search of the property resulted in the apprehension of 65 individuals who were in the United States illegally.

“All of the people rescued from these Stash Houses were being held against their will. Human Smuggling/Trafficking are dangerous situations.  Please help others by reporting suspicious situations you see; you just might save a life,” said Deputy Chief Patrol Agent Carl E. Landrum.

Stash houses continue to be a threat to national security and to the citizens of our nation not only because of their use by criminal organizations but they are also a danger to the people they exploit by concealing them in dilapidated close quarters such as these.