HomeNewsMinimum career in electric taxis costs $ 1,300 more: would you pay it?
News

Minimum career in electric taxis costs $ 1,300 more: would you pay it? 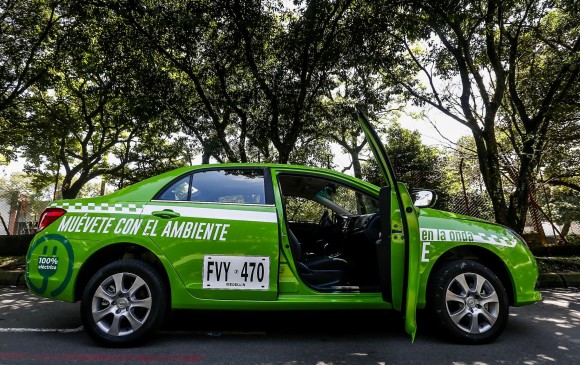 Green and marked with white signs that identify it as a vehicle free of emissions. This way you can recognize the first electric taxi that already rolls through the streets of Medellín. The implementation of these environmentally friendly cars seeks to be a fundamental solution for the long-term benefit of regional air quality, affected twice a year by critical concentrations of gases. However, the commercial price of ecotaxes ($ 50 million more than one gasoline) caused the modification of its rate, in order to make it economically viable for owners, who may charge up to $ 6,800 for a minimum career. Skip Ad in 4 In polls conducted on the social networks of EL COLOMBIANO, citizens expressed their disagreement with the rise in the cost of the service.

“I do not understand the reason that everything organic has higher prices (…) that is a way to discourage people from using it and doing business with pollution,” he said on Facebook, Myriam Lopera, comment that they approved 243 users What is the justification? The first green taxi taxi in Medellín belongs to the company Tax Belén, a company that will offer free trips on the vehicle until June 30 for citizens to check their benefits. Juan David Lopera, manager of the organization, said that the tariff was analyzed taking into account the transport cost basket.

“It’s a softer, quieter car, with air conditioning always on, of very good power and comfort. It is very important that users value this differential factor, “said Lopera. The manager stressed the importance of people supporting the initiative because, according to him, it is a luxury service. Humberto Iglesias, Mobility Secretary of Medellin, argued that although ecotaxis is an opportunity to contribute to the environment, in Medellín “we have 19,300 taxis and 200 will be electric, so that people can decide and take the option that best suits them.

” Andrés Emiro Diez, expert in electric mobility of the UPB, said that they are taxis with autonomy of 300 or 400 km., Which store more energy for less weight, so he admitted feeling disappointed at the fact that they charge a higher rate. Commercial cost would fall The cost of the electric taxi that operates in the city, model e5, is $ 110 million. To facilitate its acquisition, EPM will provide a bond for $ 18 million, so interested taxi owners must invest $ 92 million.

Commercial cost would fall The cost of the electric taxi that operates in the city, model e5, is $ 110 million. To facilitate its acquisition, EPM will provide a bond for $ 18 million, so interested taxi owners must invest $ 92 million.

share on Facebookshare on Twitter
Colombia’s Jerico: God, nature and coffee
Development Plan will be sanctioned this Saturday in Valledupar