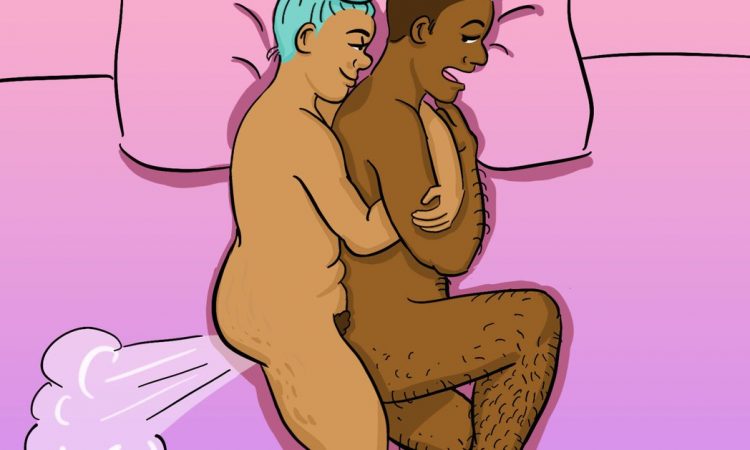 1. Telling each other “I love you” by farting in front of each other, because they are the only person you are comfortable enough with to do that.

2. Your partner putting their alarm clock in snooze mode every five minutes when they have to get up earlier than you. There’s no chance for you to sleep in!

3. Sending each other weird selfies even if you are just one room away.

5. Putting on matching clothes by mistake and deciding to change because, guess what? You’re not fucking 80 years old. (Yet.)

6. Returning home minutes after you’ve already left the house because you forgot to give your S.O. a goodbye kiss.

7. Spending HOURS deciding what you’re going to have for dinner — basically
telling each other “You choose” and “I’m fine with everything” and “Ugh, everything BUT pizza/Chinese/sushi…”

8. Trying on each other’s clothes and actually finding that it looks great whenever it fits.

9. Trying to have a movie night on the couch and ending up falling asleep after browsing Netflix for hours to find the right film/show.

10. Texting each other from the bathroom that you need toilet paper.

11. Fighting over how to fold the laundry.

12. Slowly getting annoyed by each other’s loud chewing.

13. Fighting over who should replace the empty toilet paper roll! (The one who took the last sheet or the one who needs a new roll while going to the bathroom?)

14. Taking off your bra/street clothes in front of each other the second you enter the house because you’re at home and you want to feel comfy, alright?

15. Rearranging everything in the dishwasher after your S.O. loaded it because they did it “the wrong way.”

16. Secretly watching something on Netflix without your S.O. and then pretending to watch it for the first time when you get to watch it together.

17. Passive-aggressively leaving your dirty dishes in the sink or on the kitchen counter when you’re mad at each other.

18. Fighting over where to put your “too dirty to put it back in the closet, but not dirty enough to wash” clothes…and then moving the pile of clothes from your side of the bed to their side anyway.

19. Fighting over how to squeeze the tube of toothpaste.

20. Making up after a fight by having sex.

21. Falling asleep while watching a movie, but yelling “I’m still watching!” when your S.O. is trying to turning it off.

22. Leaving the room on movie night to get something from the kitchen/or go for a pee break without pausing the film and then asking “What did I miss?” after coming back.

23. Permanently fighting about WHERE to clip your nails. (“That’s gross, can you do it in the bathroom?!” “But I’m watching this show right now!”)

24. Getting annoyed by your S.O. leaving everything slightly open (drawers, doors, shower curtains) and ending up doing it by yourself EVERY time.

25. Turning off the lights in a room that your S.O. just left in a SLIGHTLY passive-aggressive way.

26. Ordering something for your partner and lying about the price.

27. Sharing the bathroom and being totally okay with talking to each other while one of you is taking a shower and the other one is sitting on the toilet/brushing their teeth.

28. Warning your S.O. to “wait a few minutes” before entering the bathroom because you just pooped.

30. Doing all the chores to turn them on.

31. Getting ready for bed before having sex because *efficiency*.

32. Closing the curtains in panic because your S.O. is running around naked in the house and you don’t really want to put a show on for the neighbors. (Or, IDK, maybe you do?!)

33. Telling each other a story by yelling it across the house/apartment because neither of you wants to leave the room you’re in.

34. Fighting over who adjusted the thermostat and also what the “right” temperature is at home to a) not freeze to death or b) not melt away.

35. Secretly hiding your S.O.’s clothes you ruined after cleaning them wrong accidentally and hoping they don’t notice.

36. Not flushing the toilet they’re about to use because it’s a waste of water.

37. Smelling each other’s clothes to check if they need a wash.

38. Having sex whether you just just showered or not.

39. And finally, doing a stupid dance in front of each other while you’re cooking/cleaning the house/getting ready in the bathroom because you know you’re each other’s best audience!