Who is Juan Guaido? Venezuela opposition leader backed by Trump in bid to depose President Maduro 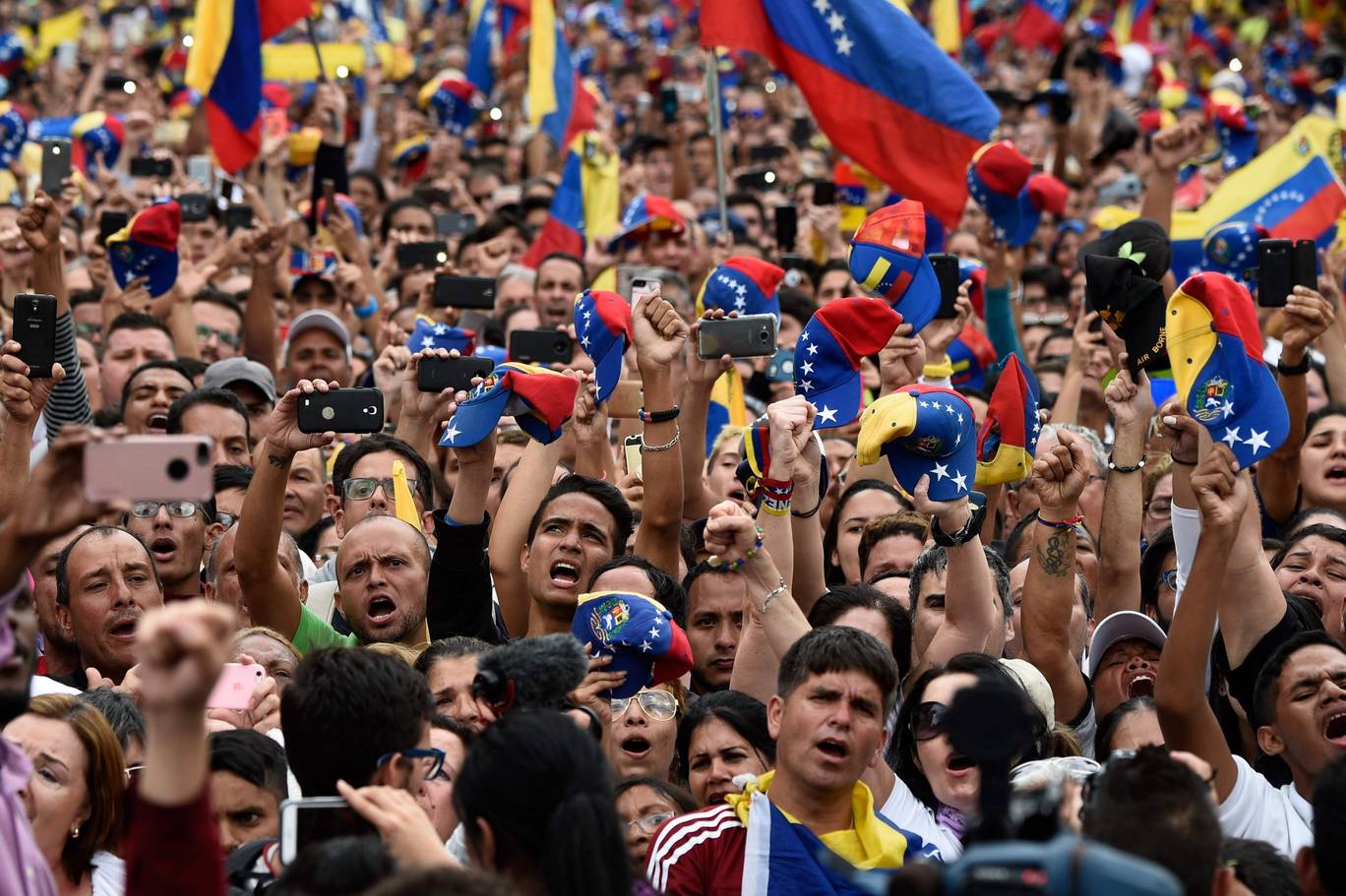 Juan Guaido, leader of the Venezuelan socialist party Popular Will, has declared himself interim president of the crisis-hit Latin American country.

In a move that immediately drew support from US president Donald Trump, Canadian prime minister Justin Trudeau and Brazil’s Jair Bolsonaro, Mr Guaido is attempting to oust Nicolas Maduro, who was inaugurated for a second six-year term on 10 January after winning a widely-boycotted election in May last year.

“I swear to assume all the powers of the presidency to secure an end to the usurpation,” the 35-year-old told an enthusiastic rally in Caracas, promising a transitional government and a legitimate vote to “re-establish the constitution” and lead the people out of the mire.

The manoeuvre drew an angry response from Mr Maduro, who has yet to cede power, accusing the opposition of staging a coup and the US of reverting to “imperialist” Cold War tactics in plotting the overthrow of a leftist goverment as part of a bid to control the region from Washington via a “puppet” regime.

Venezuela has suffered food and medicine shortages and a spate of crime waves as a result of hyperinflation, which has rendered its currency, the bolivar, virtually worthless.

Juan Guaido, the son of an airline pilot and a teacher, graduated from high school in La Guaira in 2000 despite his family being left homeless by the Vargas tragedy a year earlier, in which torrential tropical rains caused flash flooding and mudslides, decimating the northern coastal state’s infrastructure and killing as many as many as 30,000 people by some estimates.

Angered by the Hugo Chavez government’s inept response to the disaster, Mr Guaido turned his attention to political activism.

He qualified as an industrial engineer after completing his studies at the Andres Bello Catholic University in 2007 and went on to undertake postgraduate degrees at George Washington University in the US capital and the Instituto de Estudios Superiores de Administracion, a private business school back home.

As a student, he led protests against the Chavez administration’s decision to block the TV licence of hostile broadcaster Radio Caracas Television and against the government’s referendum on constiutional reforms in its own interest, which it duly lost.

Declining a job offer in Mexico in 2009, Mr Guaido instead stayed in Venezuela to found Popular Will in partnership with his mentor, Leopolodo Lopez, currently living under house arrest.

He was elected to the National Assembly in 2011 and became federal deputy for his home state in 2016. He was sworn in as the legislative body’s new president on 5 January, restoring it to prominence after Mr Maduro had sought to have it dissolved in 2017 and subsequently lined its benches with cronies.

Mr Guaido was briefly detained by undercover intelligence officers on 13 January and subsequently showed the bruises on his forearms to supporters, decrying what he called “the marks of oppression”.

“The relationship between Venezuela and its state today is one of terror,” he told one interviewer.

“When this happens, the voices and hopes of the world, their messages, are the encouragement for the daily struggle to resist – to dream of democracy, and for a better country.”

US vice president Mike Pence spoke out against President Maduro on 22 January, releasing a video on YouTube and Twitter in which he denounced him as a “dictator with no legitimate claim to power.”

“We are with you, we stand with you and we will stay with you until democracy is restored and you reclaim your birthright,” he told the Venezuelan people, endorsing Mr Guaido’s National Assembly as “the last vestige of democracy in your country”.

With the certainty of US support, the previously largely unknown politician encouraged Wednesday’s street demonstrations against the government and now finds himself at the centre of the world stage, the great hope of many of Venezuelans who believe he can alleviate their suffering by standing apart from the corrupt elite.

The personal risks he faces are huge, however, his arrest certain should Mr Maduro hold on to power through another bloody crackdown of the sort seen in April 2017.

share on Facebookshare on Twitter
Record private jet flights into Davos as leaders arrive for climate talk
“You’ll see” if US will send 5000 troops to Colombia: Trump