HomeNewsWhat they will prioritize in Antioquia until 2022
News

What they will prioritize in Antioquia until 2022 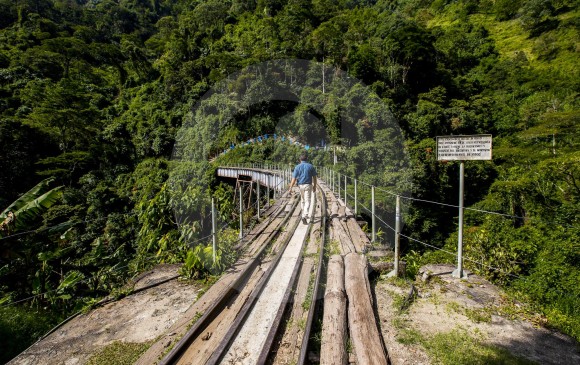 Connecting the region with different modes of transport, guaranteeing development with legality and sustainability and promoting orange ventures, taking advantage of the cultural landscape, are some of the objectives set by the Government of Iván Duque to ensure the growth of Antioquia in the next quarter.

To achieve this, 96 billion pesos are expected in different sectors of the departmental economy. This means being in second place in the investment budget, after Bogotá, which has 119.6 billion pesos; out of a total of 851.9 billion for the regions. That is, Antioquia represents 11.26%. Some of the prioritized projects that are in the process of structuring are the Túnel del Toyo, the Tranvía de la 80-Medellín, the Antioquia Railroad, the expansion of the runways of the Rionegro Airport and the construction and adaptation of a milk spraying plant .

Others already structured, such as intervention Mar 1 and 2, Pacífico 1 and 2 or Conexión Norte, are also investment priorities for the Government. However, the representative to the Chamber for Antioquia of the Democratic Pole, Jorge Gómez, stressed that he does not find it relevant to highlight initiatives that have already achieved financial closure. “The question is what these projects lack, why they prioritize them if they are already supposed to have insured resources and future validity,” said the congressman.

Other objectives Formalize the mining sector and develop the basic productive and commercial infrastructure, Increase agroecological, ecotourism and cultural enterprises; promote technological development and agri-food innovation, as well as green business, that is, generate positive environmental impacts; increase the exports of non-mining energy goods from 3.167 million dollars to 3.549 million dollars in 2022, are other commitments that stand out in the bases of the Plan that has already been approved by Congress and will be a law in the coming hours.

“Antioquia has a high potential biodiverse and productive sectors of agriculture, trade and construction,” noted Gloria Alonso, director of the National Planning Department (DNP). The goal is to have agile and efficient transport systems that will connect the entire region internally and externally. In addition, to be a pioneer in the protection of the environment and recovery of areas degraded by illegal activities.

Finally, the support to orange businesses with the exemption of the income tax for seven years for companies that generate at least three jobs and that credit minimum amounts of investment for 150.7 million pesos in three years, “will allow the technological development of the region and better job opportunities for citizens, “he said. Lead in tourism Investments in infrastructure (which now exceed 7 trillion pesos) not only improve the economy in terms of the output and entry of products, goods and services, but also contributes directly to tourism, said the secretary of productivity and competitiveness of Antioquia, Juan Valdés Barcha. Medellín, as an investment mobilizer, hopes to consolidate itself as a center for international events, with 46 scheduled in 2019, 34,792 attendees and 17 million dollars in anticipated revenue (see Parentheses).

share on Facebookshare on Twitter
They stop a cyber attack by launching a real missile attack, the first time
What does a good digital ID look like?