HomeNews“WHAT PLANET ARE YOU FROM?” Rand Paul Spars With Education Secy Nominee On Transgender Athletes
News

“WHAT PLANET ARE YOU FROM?” Rand Paul Spars With Education Secy Nominee On Transgender Athletes 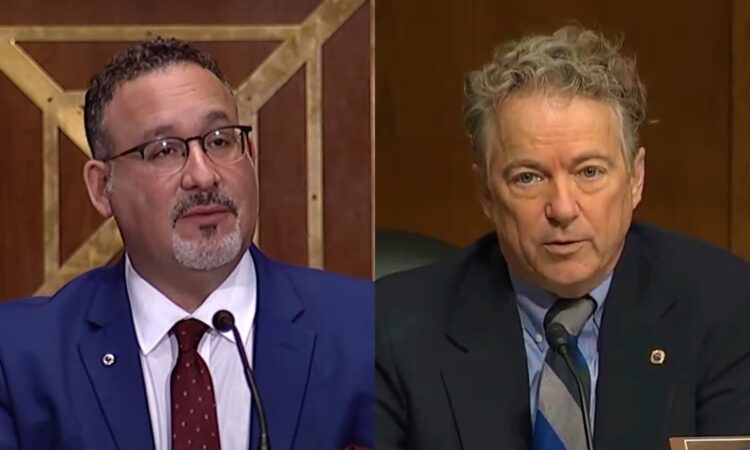 “If you’re confirmed, will you enforce that Office of Civil Rights opinion?” Paul wondered.

“I understand that there are a lot of concerns about that. If confirmed, it’s my responsibility and my privilege to make sure that we’re following civil rights of all students, and that includes activities that they may engage in in high school or athletics,” Cardona replied.

“I think it’s appropriate – I think it’s the legal responsibility for schools to provide opportunities for students to participate in activities and this includes students who are transgender,” Cardona said.

Paul, pressed, “So you don’t have a problem then, of boys running in the girls’ track meets, swimming meets, you name it, you’re OK then with boys competing with girls?”

“Respectfully, senator, I believe I answered the question,” Cardona scoffed.

“Who are these people that think it’s okay? From what planet are you from?”

The post “WHAT PLANET ARE YOU FROM?” Rand Paul Spars With Education Secy Nominee On Transgender Athletes appeared first on Breaking911.

share on Facebookshare on Twitter
WATCH: White House press secretary Psaki holds news conference
AOC called out for claim she was ‘nearly assassinated’ during Capitol siege; she hits back saying ‘it was actually worse’