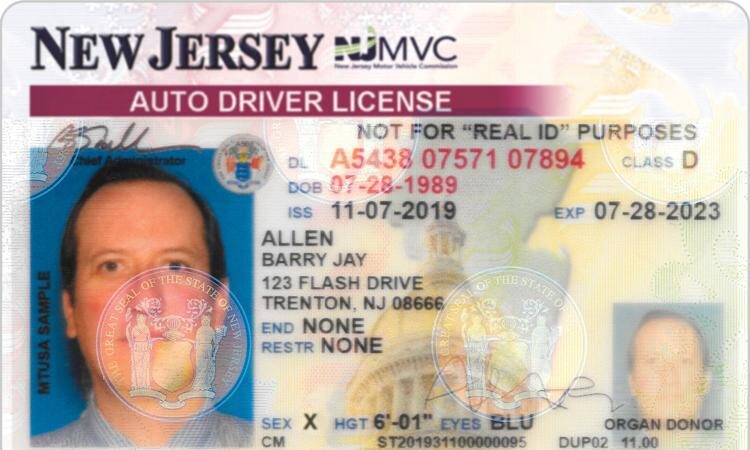 The “X” will indicate a gender is unspecified, and it will be offered alongside the existing “M” (male) and “F” (female) gender options on licenses and IDs. This is offered not only to New Jersey residents who identify as non-binary, but for anyone who prefers that their gender not be specified on their license or ID.

“Diversity and inclusion are core values for New Jersey, and for all of us at the MVC. We know this new option will be deeply impactful for many residents, as access to resources and the ability to live and work freely so often hinges on having documentation that correctly reflects your identity,” said MVC Chief Administrator Sue Fulton.

“We’re thrilled that New Jersey has joined 19 other states and Washington, DC in offering X gender markers on driver’s licenses and state IDs,” said Christian Fuscarino, Executive Director of Garden State Equality. “This option will allow New Jerseyans, particularly nonbinary and intersex people, to enjoy a right many of us take for granted – having ID that accurately reflects who we are. We applaud the MVC for taking another step to improve the lives of LGBTQ+ New Jerseyans.”

share on Facebookshare on Twitter
How Can You Keep Your Meeting Room COVID-Secure?
FULL VIDEO: Sean Hannity Interviews Trump In Wide-Ranging Interview