Venezuelan women refugees are ‘forced to prostitute themselves for just $7 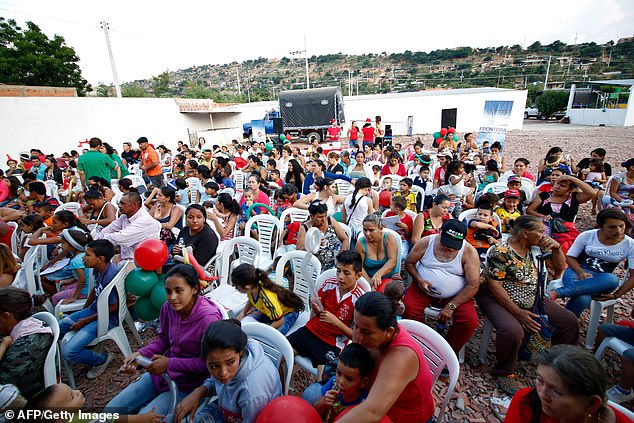 Venezuelan women who have fled their economically ravaged homeland have been forced to sell their bodies and locks of their hair to Colombians just to earn a few dollars.

Girls as young as 14 years old reportedly earn $7 ‘per service’ while local Colombian wigmakers are offered between $10 and $30, according to Fox News.

Teachers, police officers and newspaper carriers are among those turning to the sex trade in Colombia to provide for their children and relatives back home.

The undocumented women often end up working in sordid bars and the tropical climate exposes them to infections and diseases such as malaria.

According to the United Nations, more than 3 million Venezuelans have fled to neighboring countries, including Colombia, Peru, Ecuador, Argentina, Chile, and Brazil.

Venezuelan immigrants gather in Cucuta, Colombia, on the border with Venezuela, where the Colombian Foreign Ministry is to give out gifts to Venezuelan children on Christmas Eve on December 24

Colombia has taken in the most refugees, with more than 1 million Venezuelans pouring into the country, according to the United Nations High Commissioner for Refugees.

Venezuelans flee their country destitute. With no work permits or passports, they are forced to make do in any way they can.

Women near border areas are particularly vulnerable to human trafficking, since drug-trafficking groups are known to operate there.

Victims are forced to hand over identification documents to ‘pimp types’ who coerce them into offering their bodies. 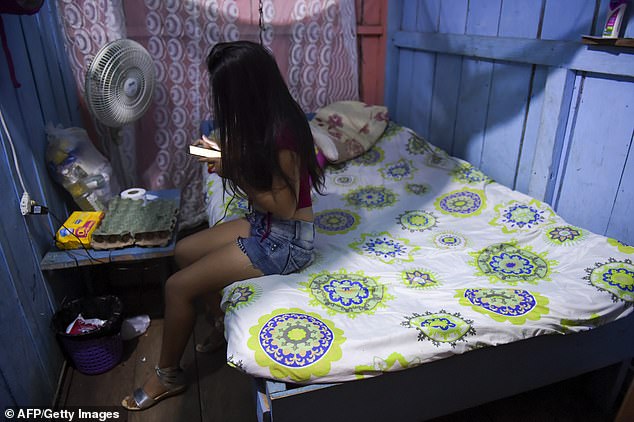 The economic situation has become so dire that even heterosexual men ‘sell themselves on the gay market,’ according to Fox News.

‘Due to the brutal economic situation in Venezuela, they come to Colombia looking for a job, or at least for shelter and basic care. But they usually end up selling candles or coffee at traffic lights,’ said Amy Roth Sandrolini, chief of staff at The Exodus Road, a U.S.-based organization devoted to fighting human trafficking globally.

Mother-of-three Patricia, 30, was beaten, raped and sodomized by a drunken client at a brothel in Calamar, where approximately 60 Venezuelans work as prostitutes.

The region is a hub for drug-trafficking and a bastion of dissident former FARC guerrillas.

‘There are customers who treat you badly and that is horrible,’ she said.

A 26-year-old mother calling herself Alegria also travelled to Calamar.

She is a teacher of history and geography but was earning just 312,000 bolivars a month: less than a dollar.

Her salary was not enough ‘even for a packet of pasta’, she said.

With nine other women, Alegria prostitutes herself every night in a bar in the town of 3,000 people.

Joli, 35, is another victim of Venezuela’s poverty who turned to the sex trade.

‘We never intended on prostituting ourselves,’ she said.