Colombian rider Fernando Gaviria rode to victory in the first stage of the Tour de France. Defending champion Chris Froome, who was cleared of doping charges, lost 51 seconds after tumbling off the road.

Fernando Gaviria will be the first rider to don the yellow jersey at this year’s Tour de France after winning the first stage, from Noirmoutier-en-l’ile to Fontenay-le-Comte in western France, on Saturday.

The Quick Step rider is the first Colombian to win a bunch sprint at the Tour and the second to take the yellow jersey — 15 years after Victor Hugo Pena.

“The yellow jersey is one that everyone dreams of wearing and to get it on the first day is amazing,” said Gaviria, who was making his debut in cycling’s most prestigious race. “We had a clear plan and we’re happy because we pulled it off.”

Defending Tour de France champion Chris Froome ended the first stage with grass stains on his Team Sky jersey after tumbling off the road and into a grassy field with 5 kilometers to go.

Froome, who is looking for his fifth Tour de France title, crossed the line 51 seconds behind Gaviria.

“I saw a lot of crashes out there today. It’s just one of those things. We always knew the first few days were going to be tricky and going to be sketchy. It’s part of the game unfortunately,” said Froome.

“I’m just grateful I’m not injured in any way and there’s a lot of road to cover before Paris obviously.”

Fans near the finish line cheered upon hearing the news of Froome’s crash. The Briton was also booed at Thursday’s team presentations, the jeers presumably coming in response to himbeing cleared of doping in an asthma drug case on Monday.

Two time Tour de France runner-up Nairo Quintana also faltered in the final kilometers of the stage, losing 1:10 due to a tire puncture.

The tour remains in France’s Vendee region on Sunday, with riders cycling 182.5 kilometers from Mouilleron-Saint-Germain to La Roche-sur-Yon. The three-week tour ends July 29 in Paris. 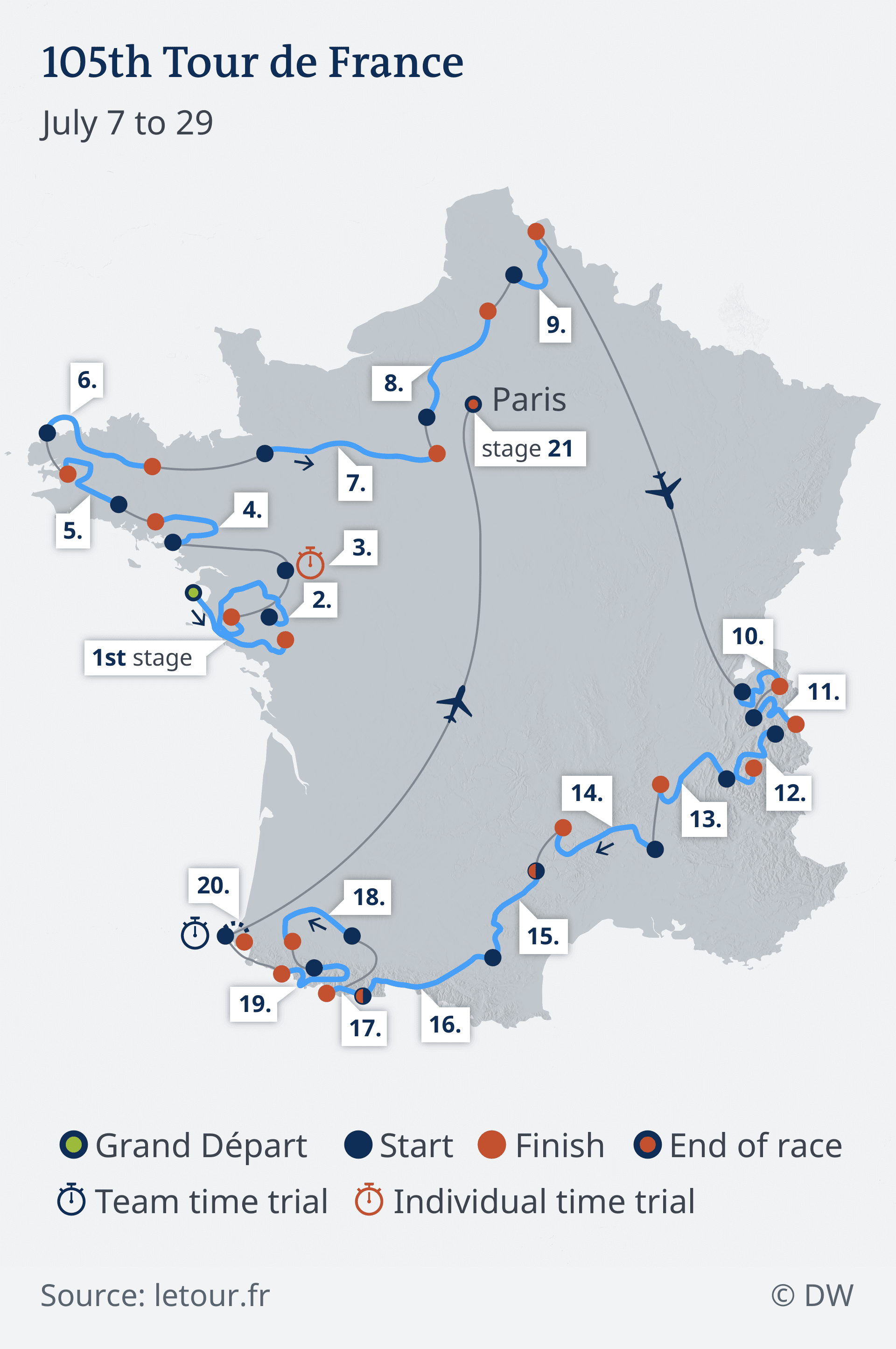 share on Facebookshare on Twitter
The world’s investments
Nairo Quintana on Chris Froome boos: Sometimes you reap what you sow