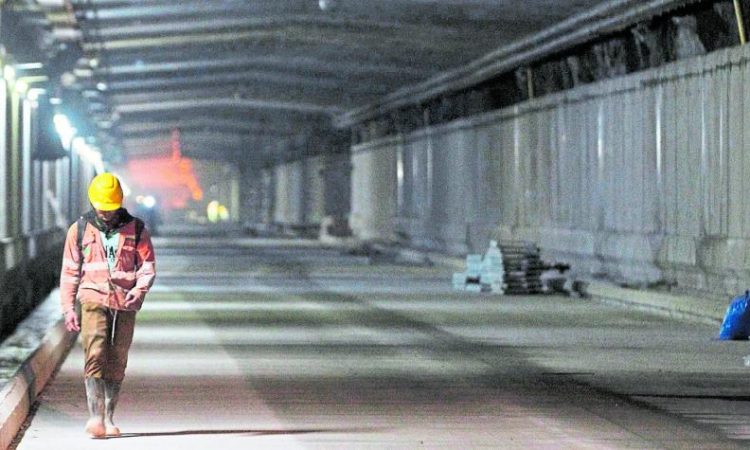 Subsequently, from there, a surface road with an approximate length of 4.6 kilometers is left, consisting of nine viaducts that together have an approximate length of 1.5 kilometers. In this space the toll is reached, which has five booths, of which four will be electronic payment, as reported by the Infrastructure Secretariat of Antioquia. The cost is not yet defined, but it will be higher than the 11,000 pesos that are currently paid on the Las Palmas road, which currently reaches the José María Córdova airport in Rionegro. The difference is that this new road is right, wide and with few curves, contrary to the winding road that has to be crossed today. This section also includes the El Chivo viaduct, which at 540 meters is one of the most extensive in the country and although it allows a magnificent view of the city to be seen, vehicles will not be allowed to stop and use this lookout space. “For that there will be Highway Police in the area,” said a dealer spokesman. Once you pass through this section you reach the control post, from where everything that happens in the road complex is monitored.

Says Germán Rueda, manager of the concession, that there is no corner that the cameras do not capture to know everything that happens in the 24/7 road complex. “In the tunnel, every 70 meters there is a camera. What they capture can be seen in nine screens that are in the control center “, says the manager when showing the place, which is not yet fully equipped.

Then, what is the Oriente Tunnel, two parallel tubes of 8.2 kilometers. The first will operate bi-directionally and will be equipped with the necessary equipment and the latest technology for its safe operation. The Santa Elena 2 tunnel will serve as an evacuation route in case of an emergency in Tunnel 1, so both tunnels will be communicated through 19 galleries located along the route.

At the entrance and exit of the tunnel there are two mega fans of more than 2.5 meters in diameter and with the capacity to generate 635 kilowatts each. These not only serve to aerate the gallery, but also, in case of fire, they will operate upside down and suck the smoke out through the chimney. The inside of the tube is dark, damp, imposing. In about 15 days the paving works will finish and then start installing the necessary electromechanical equipment. However, it is already excavated and is passable at a speed of 20 to 30 kilometers per hour, for reasons that it is not all paved, it takes about 20 minutes to cross the viaduct that ends in the Saxon sector, where there is another toll , which is canceled by those who come from Rionegro to Medellín.

The spokesmen of the dealership Túnel Aburrá Oriente clarified that in this way they will not be able to ride motorcycles due to the number of road incidents in which these vehicles are involved. One of the workers of the work, who preferred to omit his name, said that this decision is based on other cases, such as the Tunel de Occidente, 4.6 kilometers long, where there have been incidents with motorcyclists, such as fainting by the gases, then you can not advance in this way. This tunnel is currently the largest in the department and will be until the first of August, if nothing extraordinary happens, when the Oriente begins to operate, which almost doubles it in size and until the Line Tunnel and the Tunnel are ready. the Toyo Tunnel, which will have 8.65 and 8.75 km, respectively, will be the longest in the country. There will be awareness about how to travel it.