HomeNewsThere are no kings, but there are two castles in Medellín
News

There are no kings, but there are two castles in Medellín 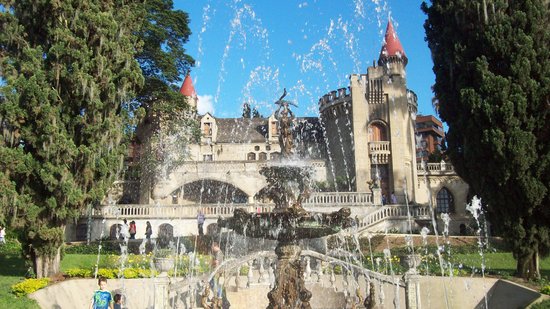 The first castles of the Middle Ages in Europe were military structures, fortifications with walls to protect citadels, with a courtyard and armored doors.

Without warlike purposes, but inspired by this type of construction, in Medellín there are two buildings of this type. The SAR defines “castle” as a “strong place, surrounded by walls, bastions, moats and other fortifications.”

Etymologically, the term comes from the Latin castellum, diminutive of castrum, as the Romans named the fortified settlements to defend their land. In Colombia there are several, among the best known is the Castle of San Felipe de Barajas, built in 1657 in Cartagena.

The same city is home to the San Luis de Bocachica of 1646, both designed as defense structures in the era of Spanish colonization and wars against indigenous people, as well as protecting ports from foreign attacks. In Medellín there are two, one known as the El Castillo museum, located in the El Poblado neighborhood (see Radiography), declared as cultural heritage; the second, the Protocol House, in Prado, declared as a “cultural asset of municipal interest”.

There are those who add three, and this is the explanation: there is a two-storey building in Manrique, near the temple of the Lord of Mercies that the inhabitants of the sector call “El Castillo”.

However, it is not declared as patrimony, as long as it does not function as such and is used as housing. It only has a style similar to this architecture on the outside.

Mirror of an era

Some heritage buildings in Medellín during the twentieth century were erected in a time of growth and prosperity. “The mid-century high bourgeoisie wanted to feel the European atmosphere and differentiate themselves from the middle class and the miserable city that was also around,” says the historian with studies in Urban Planning and Aesthetics, Darío Ruiz.

The expert indicates that in Prado, for example, there are several “remakes” of this style, residences that imitated the structures of other latitudes, such as the Egyptian Palace or the Andalusian house of Joaquín Jaramillo. Protocol House It seems taken from a fairy tale.

This building is on the Palacé race, in Prado. According to an inventory of assets of the Administrative Planning Department, the property belonged to the Mora family and was acquired by the Mayor’s Office of Sergio Fajardo in 2004, as part of the municipal renovation plans of the Center and Prado.

This “castillete” has an antejardín, gate, arches, openings, balconies and upper auction – it gives the appearance to the strong Europeans. The facade has a cylindrical tower that ends like a cone.

El Castillo Museum It was designed as the country house where José Tobón Uribe, doctor and founder of the Pasteur pharmacy, would live. Built in 1930, this installation was inspired by the castles of the Loire Valley in France, with medieval Gothic style and was built by the first office of architects of Medellín, H. M. Rodríguez. In 1942, Diego Echavarría Misas acquired it and there he lived with his wife, Benedikta Zur Nieden, and his only daughter, Isolda, who expanded the rooms and furnished it.

Don Diego was kidnapped and killed in captivity in 1971. A year later his wife donated the property with all the equipment to remember its history and become the cultural center it is today.