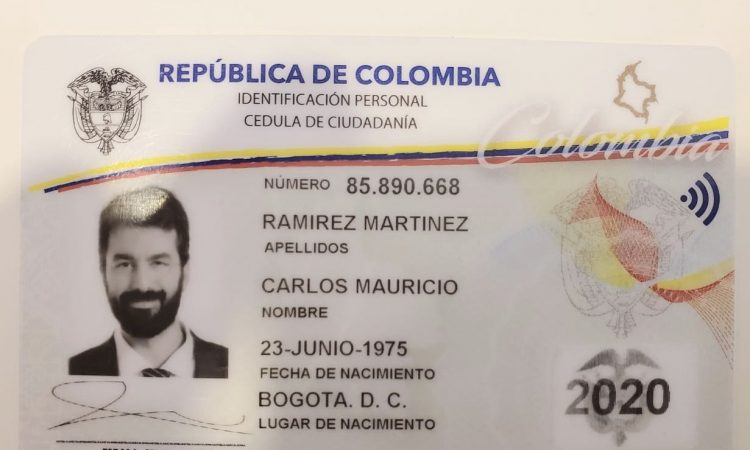 Through social networks the National Registry revealed the design project of the new id card, which will incorporate the citizen’s data in a chip that contains the biographical information. Although the entity emphasized that this is just a preliminary design, on Sunday a trend was made on Twitter in which people expressed that they don’t like the new design of the identity document.

The Registry itself added to the use of the hashtag # Másfeoquelanuevacédula to join the conversation and clarify that they are still working on graphic proposals, and for that they will take into account citizens’ recommendations. The national registrer, Alexander Vega, said that although he is going to start issuing a new ID card, that does not mean that all Colombians should immediately change the document. He said that this document will begin to be used by those who request a duplicate of the original document, as well as for who are already 18 years old.

Vega also indicated that this new model will have a chip, where in encrypted form there is personal data of the bearer, such as biographical information and even the person’s medical history, as approved in a law that came out at the end of the period of Congress sessions last December. The Registrer clarified that in case of theft or loss of the ID card, the data will not be at risk of being used or manipulated, because according to said information, the Registry is encrypted, which is only them are responsible and can manipulate it.

Tags :Colombianew ID Card
share on Facebookshare on Twitter
Controlled fire in warehouse next to the Liquor Factory of Antioquia
As protests in South America surged, so did russian trolls on Twitter, U.S. finds