HomeNewsThe complot against Santiago Uribe came to the end
News

The complot against Santiago Uribe came to the end 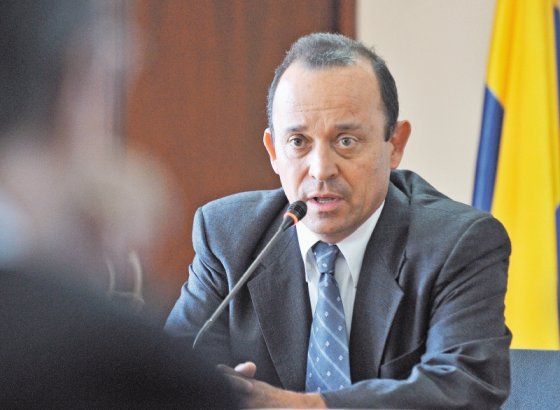 This week the defense of Santiago Uribe Vélez, brother of  expresident Álvaro Uribe, ended his allegations of conclusion and showed Santiago’s innocence in the face of the complot organized by left-wing politicians. In 1996, Santiago Uribe was linked to the case of “Los 12 Apóstoles”, in 1999 the investigation was closed, then the Supreme Court confirmed the decision. In 2016, attorney Eduardo Montealegre and one of his subordinates, Carlos Ibán Mejía, decided with false witnesses to reopen the process and capture Santiago Uribe Vélez.

The defense of Santiago Uribe Vélez leads by the penalists Jaime Granados and Jesús Albeiro Yepes, demonstrated the following:

1. That the social cleansing group called “Los 12 Apóstoles” did not even exist.

2. The star witness of the Prosecutor’s Office, Major Juan Carlos Meneses lies because he placed Santiago Uribe in a meeting with paramilitaries on a specific day and the defense showed that he was more than 300 km away at a Fair. Which collapsed the thesis of the Prosecutor.

3. That the other witness Eunicio Pineda suffers from schizophrenia and does not differentiate between reality and fantasy.

4. Witness Alexander Amaya excused Santiago Uribe from any responsibility and confirmed that the major (retired) Juan Carlos Meneses offered him money to charge Uribe with the death of the driver Camilo Barrientos.

It should be remembered that Meneses appeared in Argentina and Pineda in Spain, both from the hand of radical left organizations. Now the judge based on the voluminous body of evidence must do justice and acquit Santiago Uribe Vélez of this ignominy.

Tags :ColombiaSantiago Uribe
share on Facebookshare on Twitter
Police found 2 cars and 6 motorcycles stolen in Medellín
Controlled fire in warehouse next to the Liquor Factory of Antioquia