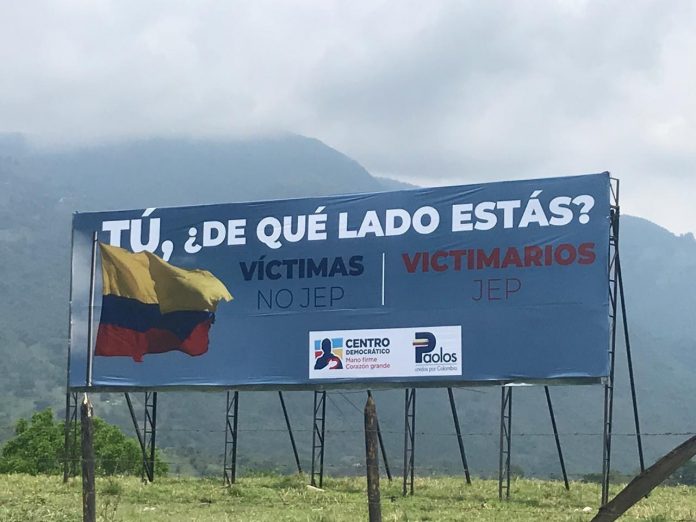 In the department of Antioquia (Colombia), the political group of the right-wing senator, Paola Holguín, sent a controversial and harsh message through Billboards, linking the Special Justice for The Peace, (JEP) with the interests of the victimizers.

Although thousands of people close to the national and international leftist, and the interests of the FARC criticized this claim, the reality is that the JEP, as it is raised today, represents a guarantee of absolute impunity for serious crimes such as the rape of girls, the forced recruitment of minors and drug trafficking. That is something that not even the most recalcitrant defenders of this system of supposed justice dare to contradict but that they have effectively managed to hide the world.

Today, although many want to ignore the reality that almost 50% of the people who voted “Yes to The Peace” in the plebiscite and who still lost, voted under the lie that the government repeated for years: that there would be no impunity, that the Farc would pay prison sentences, that reparation would be guaranteed to the victims and that they would surrender all their property. As of today, none of these promises has been fulfilled, nor will it be fulfilled.

It is understandable that the senator Holguín’s billboards cause blistering in certain political circles in Colombia. No one can deny that they have more truth than everything that the last government promised during eight years and that it never was fulfilled.