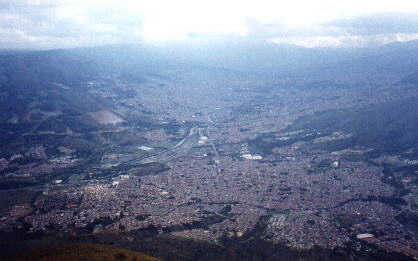 While the population of the whole country grew by 6.5% between 2005 and 2018, in the Aburrá Valley and in Medellín that indicator was higher: 12.34% and 7.6%, respectively, according to the disaggregated data for this part of the country, presented yesterday by the director of the National Administrative Department of Statistics (Dane), Juan Daniel Oviedo (see Opinion).

In the registers of the entity, in the metropolitan area 3.72 million people were counted, 409,324 more than the 3.31 million that there was in 2005. In the capital of Antioquia, the people counted were 2.37 million, 168,260 more than the 2.20 million of the census conducted 14 years ago. The official drew attention to the rate of population growth in the region, which was greater than that of the country, as well as the rate of aging that was also higher than the national average.

While the country indicator was 40.4%, in Medellín it reached 62%. “For Antioquia we observe that 9.8% of the population is over 65 years old, in Medellin the indicator is 10.6%, which reflects that the speed of aging of the department, and specifically of its capital, is much more high than the national average.

So in Medellín, for every 100 people under the age of 15, there are 62 people over 65, “he said. For the professor and doctor in demography at the University of Barcelona, ​​Nubia Ruiz, quoted by the news agency of the National University, what the figures indicate is that the Colombian population has begun to survive more than expected, and that young people postpone or stop their fertility process. Size of families The perception of numerous households was in the past.

National Planning maintains that in 1993 the average size of households in the country was 4.4 persons, and in the 2005 census, Paisas households were made up of 3.8 persons on average and those of Medellín 3.6. These figures, according to the population census, continued to contract and in 2018 an Antioquian household had 3 people and Medellín 2.9, on average.
However, the indicators showed that sectors such as Santa Cruz in the northeast and October doce in the northwest have the highest averages of people per household, with an index higher than 3.1.

By municipalities, Caldas, Girardota and Itagui registered the highest levels: 3.1 people per household, while in Barbosa, Envigado and Sabaneta 2.8 people were counted per household. In this sense, Professor Ruiz commented that this is a phenomenon of the 21st century, linked to processes such as the communicative revolution that gives women and couples the possibility of deciding whether they have children or not.

share on Facebookshare on Twitter
Medellín is ready for the World Cities Summit
Medellín is the epicenter of the talent revolution.