HomeNewsSuspect in 1994 killing in Colombia found in Boston suburb
News

Suspect in 1994 killing in Colombia found in Boston suburb 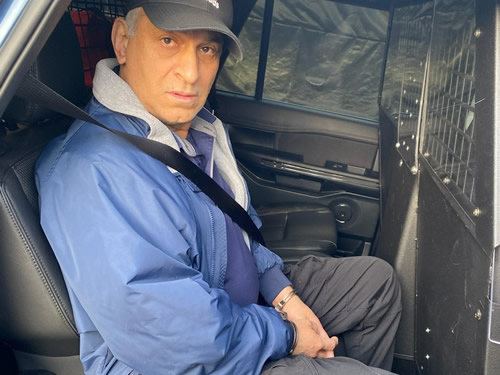 BOSTON (AP) — A Colombian man who has been on the lam for nearly three decades since he was convicted in absentia of killing his wife has been located in a Boston suburb, the FBI said Wednesday.

William Hernando Usma Acosta, 61, was arrested by federal authorities on Wednesday in Belmont where he was living under an alias, the FBI said in a statement.

According to authorities, he fatally shot his wife, Laura Rose Agudelo, in Medellin, Colombia, in June 1994, and tried to kill his daughter when she intervened.

He fled Colombia shortly after the killing and was convicted in 1996, according to the FBI.

He crossed into the U.S. from Mexico illegally in 1995 and married an American citizen in 1998 to obtain lawful, permanent resident status, authorities said.

He has most recently been living in Belmont under the name Carlos Alberto Rendon, the FBI said.

When he applied for U.S. citizenship the FBI compared Rendon’s fingerprints against those of Usma Acosta which were provided by Colombian police, and determined they were an exact match. Investigators also determined that his Colombian birth certificate was fraudulent.

He is in the custody of U.S. immigration authorities. It could not be determined if he had an attorney