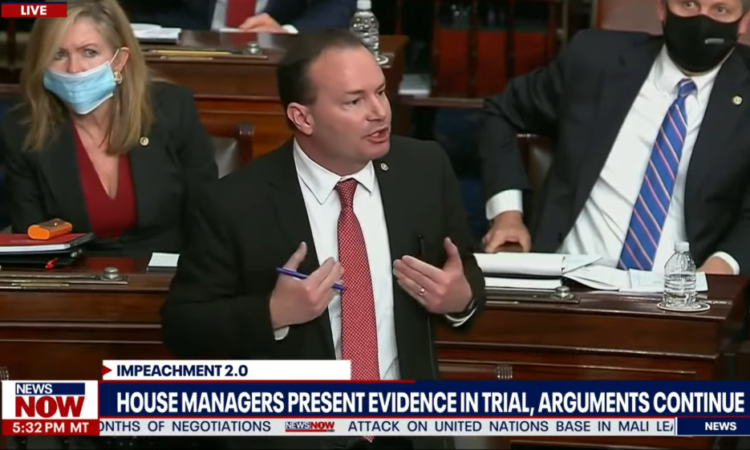 Nearing the end of day two of the impeachment trial of former President Donald Trump, Senator Mike Lee (R-UT) passionately objected to impeachment testimony, and wanted it stricken from the record. Democrats eventually obliged and removed portions of their prosecution comments.

Lee had previously told the Deseret News in Utah that Trump wanted to discuss with Tuberville objecting to the certification of Electoral College votes.

“Statements were attributed to me repeatedly as to which I have personal knowledge, because I am the source,” said Lee. “They are not true. I never made those statements. I ask that they be stricken.”

Lee did not specify exactly which part of the remarks he was objecting to.

Impeachment manager Rep. Jamie Raskin then agreed to Lee’s request to stricken, calling it “much ado about nothing.” – “This is not critical in any way to our case.”

The Senate has adjourned until noon Thursday.

share on Facebookshare on Twitter
COURT DOCS: Prominent Attorney Had Guns, Ammo, And Was On His Way To D.C. To Kill Government Officials
Biden Unveils ‘China Task Force’ at Pentagon