HomeNewsSen. Ted Cruz wanted to “be a good dad” when he flew to Cancún as Texans freeze
News

Sen. Ted Cruz wanted to “be a good dad” when he flew to Cancún as Texans freeze 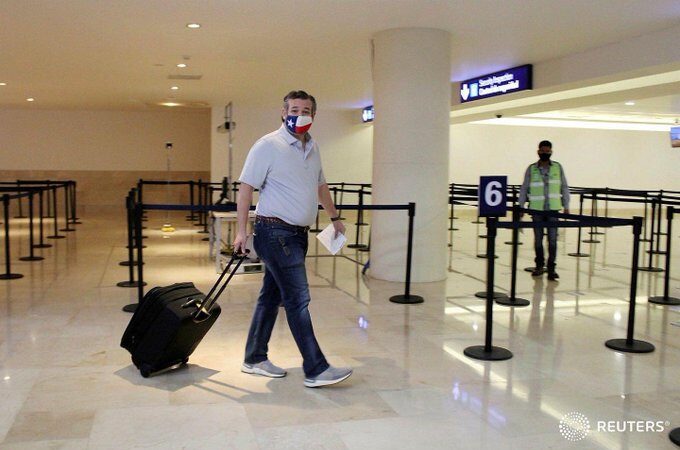 Sen. Ted Cruz (R-TX) came under fire on Thursday when footage showed him jetting off to Cancun, Mexico as his state faced a devastating power grid failure amidst a historic snow storm.

The Senator released a statement saying he was only escorting his daughters who wanted to take the vacation and he would be immediately returning to Texas.

“With school cancelled for the rest of the week, our girls asked to take a trip with friends. Wanting to be a good dad, I flew down with them last night and am flying back this afternoon. My staff and I are in constant communication with state and local leaders to get to the bottom of what happened in Texas. We want our power back, our water on, and our homes warm. My team and I will continue using all our resources to keep Texans informed and safe,” said Cruz. 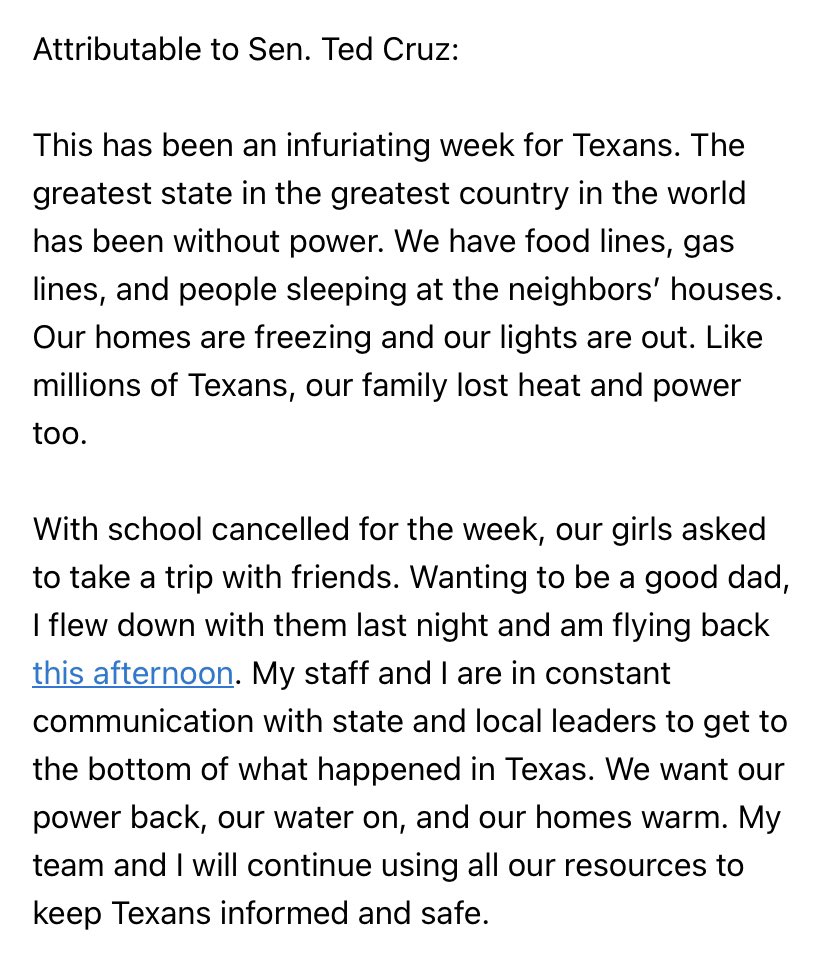 Just confirmed @SenTedCruz and his family flew to Cancun tonight for a few days at a resort they've visited before. Cruz seems to believe there isn't much for him to do in Texas for the millions of fellow Texans who remain without electricity/water and are literally freezing. pic.twitter.com/6nPiVWtdxe

The post Sen. Ted Cruz wanted to “be a good dad” when he flew to Cancún as Texans freeze appeared first on Breaking911.

share on Facebookshare on Twitter
On Newsmax, Trump answers if he’ll run again, comments on Biden & his future on social media
De Blasio UNLOADS on Cuomo, backs Dem who says he was threatened: ‘The bullying is nothing new!’