Roy Barreras, the Lord of healthcare 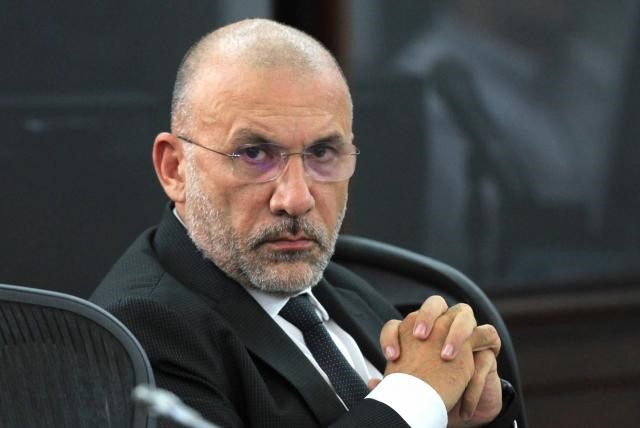 Roy Barreras, known in the underworld as “The Lord of Healthcare”, is a doctor who has held parliamentary dignities for almost 15 years and all his campaigns have been financed by the tentacles of the Cali Cartel. He came to Congress with the Radical Change party as Representative to the House and in 2009 he was expelled from said party for “disloyalty”, which is why he fell into the awnings of the Party of the U, when it was the U of Uribe, pretending to be an infiltrator who would later become a bishop of the FARC and Juan Manuel Santos, supporting their arrival in Congress and the delivery of concessions to the guerrillas, all with a single objective: to legalize the drug trafficking business for one of the most powerful cartels in the world, yes, the FARC.

But legislating in favor of the mafias has not been his only sin, the Lord of Healthcare has starred in severe corruption scandals in the country , but none of them have been brought to justice, on the contrary, they have not been clarified, because in addition to being a low-profile mobster, he has managed to co-opt the High Courts to whitewash his activity. For example, the statements of two members of the criminal gang Los R15 who assured that they had robbed an apartment of the politician, in which he had a safe with $ 1,200 million pesos. Regarding the issue, the mafia collaborator said that the assault had in fact occurred — an act in which a policeman died — but that he did not have that money in the apartment, located in La Flora neighborhood of Cali.

Another great feat of the Lord of Healthcare is his participation in events related to the looting of Caprecom, an entity that has been handled by his own recommendations. In this regard, it was learned that in November 2012 he signed a contract to lease 200 SUVs for 100 congressmen for 29 million. That is, 145 million for the rent of each one, but the “Justice” has not dealt with that matter either.

Roy Barreras, “The Lord of Healthcare”, is a politician who has a terrible image at the national level, he led one of the political parties that has carried out the biggest corruption and crime scandals in Colombia and is one of the main collaborators of the bloodiest cartels in Colombia —The FARC and the one from Cali—. More than 17 investigations were opened to Roy Barreras but he continues to legislate in favor of the mafias, because that is his mission. If the “Lord of Healthcare” knows about something, it is diversification, that is why there is not one, not two, but many corruption networks that surround him and the evidence that shows how for years, Barreras has been enriched at the cost of drug trafficking , public health, education and peace. Hopefully, the day when one of the architects of the rotten Havana