HomeNewsRamos, from Uribismo, is the one who sounds the most for the mayor of Medellín
News

Ramos, from Uribismo, is the one who sounds the most for the mayor of Medellín 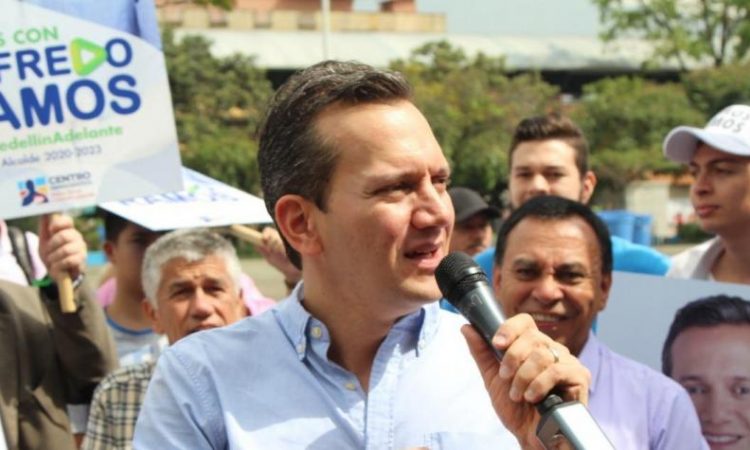 Four years ago Federico Gutiérrez snatched the possibility of the Uribistas to keep the mayor’s office in Medellín. The reason: ‘Fico’ came to the polls as the only independent candidate, which allowed him to exceed Juan Carlos Vélez by 10,000 votes. However, the picture for the October 27 elections is different. The independents are divided and the possibility of having a single candidate is far away.

Thus, the Uribista candidate, Alfredo Ramos, becomes the rival to win. Ramos spoke with EL TIEMPO about the campaign in Medellín.

What does it mean for you to be the uribism candidate in Medellin, this city being that of former President Uribe? We appreciate the support of former President Uribe and the Democratic Center. This is a citizen campaign, which reaches the hearts of people. We like the support of the great leaders, but we especially need the love and support of each of the people of Medellín. We want a great coalition, a citizen coalition, of academic entrepreneurs, environmental, social and cultural sectors.

How is the campaign for mayor? We start with all the enthusiasm, with all the desire. We present our government proposal, which is called ‘Medellín, go ahead’, and has three fundamental objectives: to build trust in the government and win the hearts of citizens, generate progress and generate happiness in Medellín.

What will be your main bet in the city? Are you going to bet on security? We will work a comprehensive security policy. This is very important. We are going to help improve mobility in Medellín, which today is making us lose competitiveness and we will work hard to generate income, by educating and training.

What do you think about the situation of Hidroituango? The most important thing is to surround EPM. It is an institution to which we owe a lot, it is a symbol of the strength, of growth, of the good management of public utilities. We have to support, surround EPM, never speak badly of EPM. There are many who are doing politics cracking, making the company look bad. We must conjure the crisis. Fortunately, this difficulty has been technically overcome, but we must put all the accelerator, put all the wood in the fire so that energy is quickly started, because this is energy security for Colombia, which is income for Antioquia and Medellín .

What do you like and don’t like about the current administration? We must highlight the great leadership that Mayor Federico has in security matters, I like how the internationalization of Medellín has been advancing, which is increasingly a reference. It is very important what the mayor has done to increase the green corridors. In education, coverage in higher education institutions has been increasing. But we must make progress on other issues, such as mobility, such as the 80 highway corridor, which is currently waiting for the entry of national resources and designs, can be done quickly. All Medellin is strengthened in housing issues and rapid progress must be made in construction in flat areas. There are many things that must be followed, but there are others that must accelerate the process so that Medellín generates confidence, progress and happiness, which is what we want for the city.

Four years ago Gutierrez defeated Vélez because he was the only alternative candidate, but this year the alternatives are divided. That leaves you as the rival to beat … I respect all my competitors, I make a campaign focused on my proposals, ideas and travel, and how we win the hearts of citizens. I hope to win the heart of the people of Medellin, join many forces in the city, have high legitimacy and invite everyone. We are not sectarian, we are neither left nor right, we are from the front.

Aníbal Gaviria is emerging as the man to win for the government of Antioquia. How do you see that campaign? We have a candidate for the governorship of Antioquia: Andrés Guerra. He is a young man, a working man, that we appreciate very much and we are convinced that he will be the next governor of Antioquia. The government and the mayor’s office, regardless of names, have to work together. Alfredo Ramos will work for the regions of Antioquia, he will not be left alone thinking about the future of Medellín. It is necessary to understand that the good thing that happens to Antioquia has repercussions in Medellín.

share on Facebookshare on Twitter
The ‘Royal Road’ to Guane, a beautiful trek with an insane history
Medellín Center: designed for pedestrians and culture