HomeLive‘Put it down’: Trump tells ‘weak’ governors to get tough
Live

‘Put it down’: Trump tells ‘weak’ governors to get tough 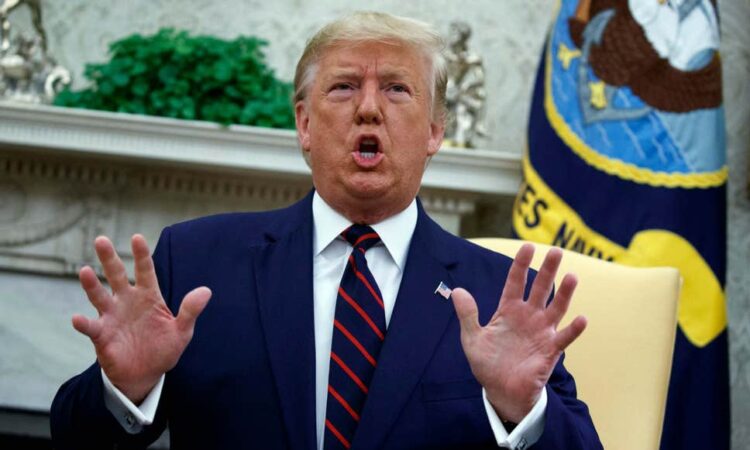 President Trump urged a crackdown by “weak” governors on demonstrations, telling them that Washington would soon be “under much more control,” with “thousands of people” pulled in to quell days of protests.

“It’s a movement. If you don’t put it down, it will get worse and worse. … The only time it’s successful is when you’re weak, and most of you are weak,” Trump said to governors during a Monday teleconference.

Largely peaceful protests in cities across the country escalated over the weekend as demonstrators clashed with police officers. One video from Seattle showed a child crying, “I can’t see,” after an officer allegedly hit her with mace.

Businesses and other properties have been vandalized and looted, with protesters facing police violence in some cases. In Washington, crowds erupted in Lafayette Square in front of the White House on Friday night, throwing bricks and other items and torching a historic church on Sunday evening.

The demonstrations began last week in response to the death of George Floyd, an unarmed black man who died after a Minneapolis police officer knelt on his neck for more than eight minutes.

White House officials appeared divided over how to curtail the unrest, with the president’s chief of staff Mark Meadows pressing for a law-and-order response and a statement of support for police officers.

“Washington was under very good control, but we’re going to have it under much more control. We’re going to pull in thousands of people,” Trump said during the call.