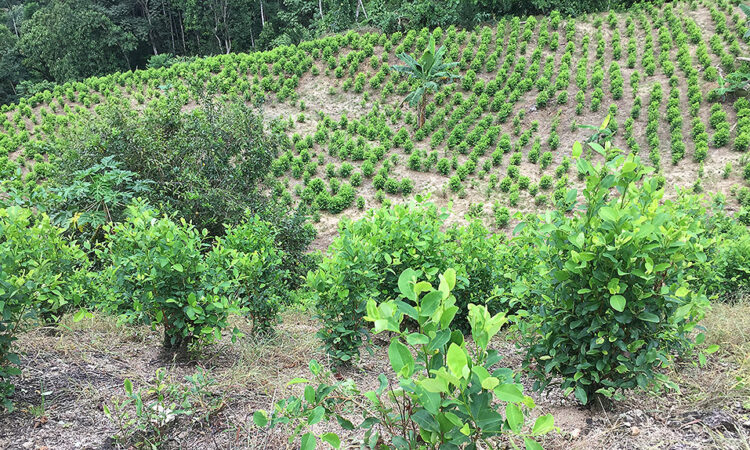 Top Mexican cartels like Sinaloa and Jalisco Nueva Generacion – which have large areas of influence within Mexico and engage in brutal violence for control of drug routes – have long purchased cocaine from Colombia’s guerrilla groups and crime gangs.

But while they once operated as discrete buyers – and still avoid direct engagement in the competition for their business – the increasing presence of emissaries is noticeable in several cocaine-producing areas, residents and farmers told Reuters.

The cartels have driven significant changes in the varieties of coca being planted, sending cocaine production higher, Colombia’s anti-narcotic police say. These developments in how coca is grown have contributed to the increased quantity and purity of cocaine trafficked to both the United States and Europe, the police say.

The increased output from new coca strains is visible in figures from the United Nations Office on Drugs and Crime, with potential cocaine output rising over the last three years even as the planted area decreases.

Individuals are sent by cartels to guide production, as well as buying and transport, General Fernando Murillo, head of the DIJIN investigative division of Colombia’s national police told Reuters.

“They do it for assurance and confidence in the purity of the substance that is being sold to them,” he said.

Coca growers, informants and captured traffickers have detailed to police and the military how the Mexican emissaries conduct purity controls, maintain relations with the entire spectrum of Colombian armed groups and negotiate prices, Murillo said.

The extra fruitful coca seeds are the product of cartel-funded cultivation work by experienced farmers and agronomists, said General Ricardo Alarcon, director of the anti-narcotics police.

Over the last three years, his unit has detected 14 adaptations made to increase productivity. There is no evidence the seeds are genetically-modified, he said.

The U.N., police and military sources, as well as growers and human rights activists, agree that a recent surge in productivity was due to careful selection of high yielding varieties.

Though the area planted with coca fell in 2020, 2019 and 2018, estimated cocaine production and average yield of cocaine hydrochloride per cultivated hectare rose each of those years, according to the U.N. figures.

In 2020, the most recent year for which figures are available, potential annual production was up 8% to 1,228 metric tonnes, while yield per hectare was up 18% to 7.9 kilograms.

Potential production refers to the quantity that would be produced if all coca leaves were processed into pure cocaine.