Orca Foundation seeks support for its work in defense of animals 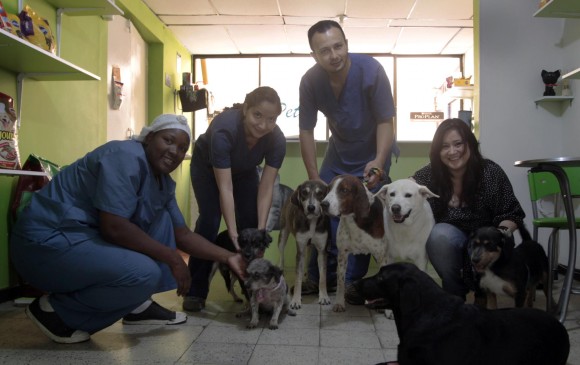 The Orca Foundation, one of the pioneers in the protection and defense of animals in Medellin, carried out throughout this month of June the so-called Orcatón, an activity that seeks as many of them as possible to join its cause with contributions in the money to an account. At the moment, the situation of the killer whale is critical, as its debts amount to about $ 20 million, the threat of constantly being able to continue with their work.

Marcela Diaz, the head of this person, who rescues animals at risk and victims of abuse, especially cats and stray dogs, says that in more than ten years that has been created by the entity, there are hundreds, for her countless, animals that have It can be saved from death and diseases. “The Foundation has never taken into account the expenses to achieve a home in the best service. However, Marcela says that it does not matter the challenges and the moments of crisis.

This means that, in any case, sea, sea, health condition, animal rescued, this is a cure in a veterinary clinic allied to their altruistic work in favor of animals. But that altruism has also led to many people downloading in this and other foundations the obligation to assist the animals and has also opted to leave the archives in the streets, which constitutes a crime of animal abuse that is punished by the law, but rarely effective. Its final objective is to deliver the animals in the adoption, once cured and in perfect health.

But many times that task is not achieved, since it is an issue that is not addressed. On the way many die, naturally. All that work would not be possible without the support of many citizens who also love animals. The search seeks to increase support with economic aid that is respected to continue its activity. The goal for this year is $ 12 million and until the weekend was going to be collected 27%. There is still no time to make contributions to the account. To obtain information about it, you must contact Orca in the email [email protected]