HomeNewsOPINION: It’s Time We Fight Back Against The Sexualization Of Children
News

OPINION: It’s Time We Fight Back Against The Sexualization Of Children 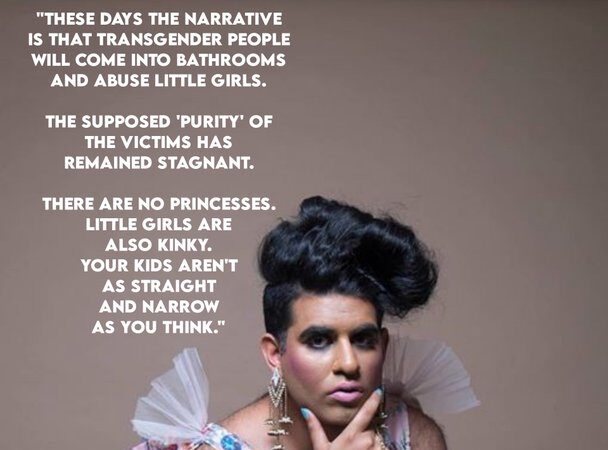 In today’s society, countless examples can be found of a push toward the normalization of pedophilia, such as the Netflix film “Cuties,” and a 2018 TEDx talk titled “Pedophilia is a natural sexual orientation.”

The transgender movement is another way that pedophilia is becoming normalized.

There is no argument against lowering the age of consent if we allow children to choose their gender.

In fact, well-known trans-activist Alok Vaid-Meon claims that it is wrong to argue that allowing men in women’s restrooms will destroy the innocence of little girls. He sexualizes children by calling them “kinky” and by saying that they “aren’t as straight and narrow as you think.”

Another example of a push to normalize pedophilia is an article published by convicted child molester Tom O’Carroll in 2018 titled “Childhood ‘Innocence’ is not Ideal: Virtue Ethics and Child-Adult Sex” in the peer-reviewed journal Sexuality and Culture. In the article, he suggests that pedophilia is a sexual orientation and that any objection to it is “hateful” (sound familiar?).

The push to sexualize children is already well underway:

In many schools, children are taught they that can be whatever gender they like. Transgender activists are sent to libraries, where they hold drag queen storytimes for children. The media applauds 13-year-old drag queen Desmond Napoles, who dances suggestively at gay nightclubs while adult men throw money at him. The American Academy of Pediatrics suggests puberty blockers for children who claim to be transgender.

It has been proven by countless studies that the sexualization of children and pedophilia have serious long-term consequences.

A 2015 study published in the U.S. Library of Medicine found that “Child survivors of sexual abuse are at increased risk for anxiety, inappropriate sexual behavior and preoccupations, anger, guilt, shame, depression, posttraumatic stress disorder (PTSD), and other emotional and behavioral problems throughout their life span. Research shows that survivors of child sexual abuse are more likely to experience social and/or health problems in adulthood, such as alcohol problems, use of illicit drugs, suicide attempts, and marriage/family problems.”

Another study found that exposure to sexualized advertisements had “damaging effects” on “children’s cognitive performance” and suggested that “interventions aimed at combating sexualization in early childhood” should be urgently implemented.

Any criticism of the sexualization of children is labeled as “hateful” by the media and activists.

It’s time that we as a society fight back against this political correctness, which has generated a pandemic of moral cowardice, and acknowledge that the sexualization of children is wrong and must be stopped.

The post OPINION: It’s Time We Fight Back Against The Sexualization Of Children appeared first on Breaking911.

share on Facebookshare on Twitter
The Dept. of Defense has now officially responded to comments made by FOX host Tucker Carlson
Unlike The $600 Stimulus Checks, $1400 Checks Are Not Protected From Seizure By Debt Collectors