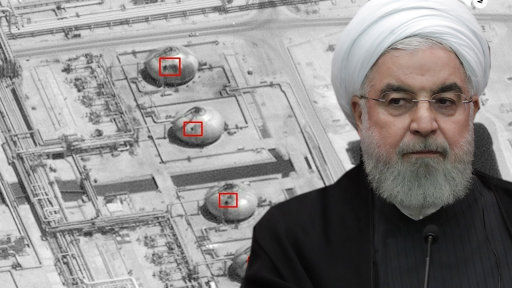 Fewer than three years after Colombia’s oldest guerrilla group signed a peace agreement with the government, the terror leaders have said never mind. In a 32-minute video broadcast last month, Revolutionary Armed Forces of Colombia (FARC) commander Iván Márquez called for a “new phase of the armed struggle.” By his side were FARC commanders Jesús Santrich and Hernán Dario Velásquez —better known as the bloodthirsty El Paisa—and gun-toting grunts.

The Colombian government called the statement “very worrying” but President Iván Duque has played down its importance. “Colombians must be clear that we are not facing a new guerrilla, but confronting the criminal threats of a gang of narco-terrorists,” Mr. Duque said. He blamed Venezuelan dictator Nicolás Maduro for giving them “safe harbor.” U.S. Secretary of State Mike Pompeo echoed Mr. Duque’s comment: “We strongly repudiate recent calls by some individuals to abandon the FARC’s commitments under the 2016 peace accord.”

The trouble is that Mr. Márquez and Mr. Santrich aren’t “some individuals.” They are top FARC leaders and were key negotiators in Havana when the agreement was sealed with the government of former president Juan Manuel Santos in 2016.

It’s doubtful there was ever a FARC commitment to peace. A better read is that the guerrillas took a deal that included amnesty and 10 unelected FARC seats in Congress, but that they had no intention of giving up the lucrative cocaine business or their dream of bringing down Colombia’s democracy.

Comandante Márquez and his comrades say the government hasn’t kept its side of the agreement. But those concerns only became acute after a U.S. Drug Enforcement Administration operation caught Mr. Santrich and Mr. Márquez’s nephew, Marlon Marín, allegedly trying to smuggle 10 tons of cocaine in violation of the Havana deal.

Mr. Santrich successfully fought extradition to the U.S., but in April Mr. Marín surrendered to U.S. authorities and became a protected witness in the case. With his nephew talking in New York, Mr. Márquez fled, giving up his unelected seat in the Congress. Now he has emerged to proclaim his moral indignation about Colombia’s “elite, corrupt, criminal and violent oligarchy,” whom he says the reconstructed FARC will target.

The political wing of the FARC retains its 10 unelected congressional seats while Mr. Márquez’s paramilitary will pull together thousands of FARC who abandoned the demobilization process. Hundreds more rejected the agreement from the start. He says he will make common cause with the smaller guerrilla group ELN, which numbers some 2,200.

After a Colombian military raid in late August killed nine FARC guerrillas, the country’s war on terrorism is back on. But the truth is that it was never off. The sooner everyone admits that the better.

share on Facebookshare on Twitter
Colombia’s public news program goes off the air
Going to Colombia? 10 things to know before you visit