HomeNewsMilk production in the style of New Zealand
News

Milk production in the style of New Zealand 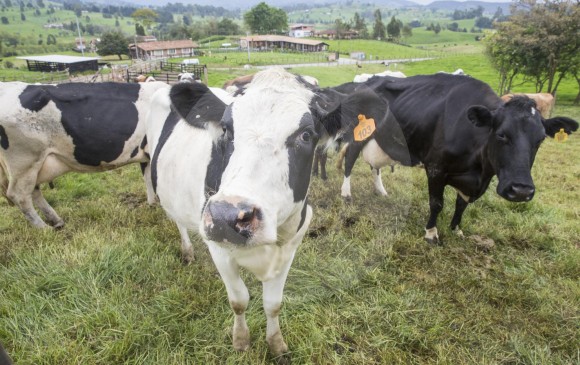 In 100 dairy families from Boyacá, Cundinamarca and Nariño, milk production increased by two and even four. Thus, on average, the monthly income per hectare climbed between 400,000 and 800,000 pesos and between 500 liters to 1,400 liters in the same period – the plan was made on farms of an area that ranged between 4 hectares – 25 hectares.

This level of productivity was achieved after four years of cooperation from New Zealand and 4 million dollars that allowed adapting a model to improve the quantity and quality of milk through two keys: the management of grass and the concentrate as a supplement for cows.

Why is the biggest producer in the dairy sector taking on this challenge? Lucy Duncan, ambassador of New Zealand in Colombia, said that the country wants to give a part of tranquility to the national producers, taking into account that their interest is to collaborate.

“Colombia has an opportunity, and the challenge is to transform its dairy production and compete with imported ones,” he explained. The above if one takes into account that the sensitivities that present today will worsen, because the Free Trade Agreements are here to stay and total liberalization is just around the corner, as the years of protection are finished in 2026, less for the United States, and 2028 for the European Union.

A breakthrough of the model The technique challenges the concentration of at least 65% of the costs that an Antioquia farmer has today in the management of pasture (fertilizers and insecticides), and the concentrate for the animal.

The idea, as explained, Juan Fernando Vela, coordinator of the Cadena Valor Láctea project, is not to think about the productivity of the animal, but about the herd as a generator of efficiency. How? replacing the concentrate and worrying more because the grass has the necessary nutrients for productivity.

The challenge lies in a total conviction of the manager of the farm as well as in the custom of the animals, since their nutritional tradition will produce that they do not digestively generate what is necessary in their new feeding model. In that way “there is no specialized pasture, with the contents of nutrients, to feed the cows, which do not have the capacity to supply conventional feed with concentrate in order to lower production costs,” said Juan David Zuluaga, manager of Alagro , a cooperative that groups 190 producers from eastern Antioquia.

However, the best results of the pilot plan were presented in farms that do not use concentrate. “With the new model, all the young are preparing to be ruminants. The new generations of cows will be more productive in grazing, “explained Vela.