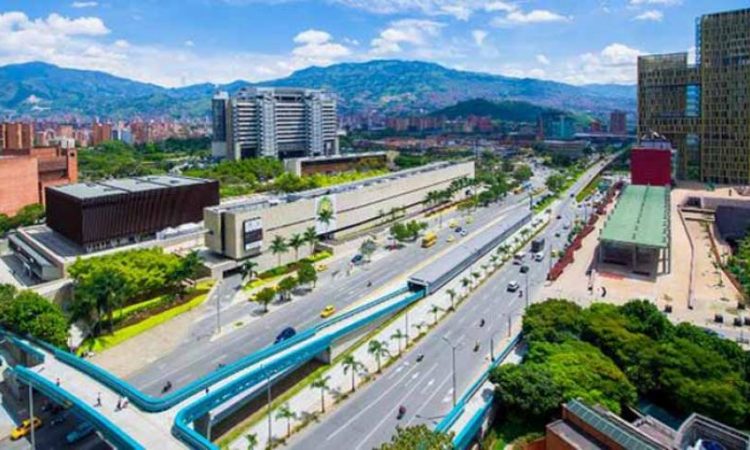 Medellín will host “Trafic Latin America, Smart Mobility, Sustainability & Innovation” on Thursday, a meeting in which it will showcase its transformation based on urban planning and innovation, in which its advances in mobility systems stand out. The capital of the department of Antioquia, stigmatized in the past by the violence of drug trafficking, emerged as a renovated and modern city to consolidate itself as the venue for international events.

The Integrated Mass Transportation System, the Public Bicycle System – “EnCicla”, the escalators of the Commune 13, the Library Parks and the Articulated Life Units (UVA) take center stage in a city that has undergone a regeneration in 20 years urban Now it is ready to host “Trafic Latin America” ​​from June 13 to 15, an event organized by the Feria de Madrid (Ifema) in partnership with Plaza Mayor with the purpose of extending its presence in Ibero-America after 15 editions in Madrid.

“We think Medellin is the most correct place for the launch in Latin America of a fair that will talk about mobility, sustainability and innovation for cities,” Jaime de la Figuera, Ifema’s director of international expansion, told Efe. Medellín, cataloged in 2013 the most innovative city in the world, by winning the “City of the Year” contest, organized by The Wall Street Journal and Citigroup, will also host the Latin American Cities Forum that will bring together the mobility fair experts from Spain, Colombia, Brazil, Paraguay and Peru to discuss transport, urban planning, energy and lighting, waste and recycling, among other topics.

With the panel “Urban mobility in the city of Medellin”, the mobility secretary of the Mayor’s Office of Medellín, Humberto Iglesias, will describe details of the transportation system, considered a model in Latin America by integrating bus, metro, cable car and tram to mobilize daily more than 1.2 million people. This city, in addition to being the only one in the country with subway, has a tram, two Metroplus lines (bus) and five Metrocable lines (aerial cable), which connect neighborhoods in the periphery within a policy that involves mobility, culture citizen and social inclusion. In recent years, the city has made a commitment to public bicycles integrated into the Medellin Metro – the “EnCicla” system, with more than 83,000 users and 1,300 bicycles located in 54 stations -, strengthened its pedestrian networks with 50 new safe passes and has the challenge of ending 2019 with 80 kilometers of bike paths.

But his real commitment to sustainable mobility was reaffirmed with the recent arrival of 200 electric taxis, which from August will begin to roll through the streets as part of a program that aims to reduce the emission of pollutants. Medellín has 19,300 registered taxis, and with the renewal of the vehicle fleet, they are looking for 7% of these vehicles that transit are electric in the next three years. “Given the challenges we have in environmental quality and the increase of vehicles in the city, the big bet is that Medellín has to be the capital of electric mobility in Latin America,” said the mayor of Medellín, Federico Gutiérrez. During the three days of “Trafic Latin America”, which will have more than 80 exhibitors, 20 national and international speakers, and expects to receive more than 4,000 visitors, this line of green cars will be deepened with the presentation of the first electric vehicle charger manufactured In colombia.

Innovations will also be exhibited, such as the “Aeromovel” light train of the Brazilian company Aerom and the road and steel containment barriers of the Chilean Tertu, while the American company Aimsun will arrive at the fair with two software applications for the management of the traffic. “Visitors will find a very interesting discussion forum and an important commercial showcase with companies that see the development that exists in Medellín as a place to propose their technological advances”, added De la Figuera.