HomeNewsMedellín receives the Ministers of Justice of Latin America
News

Medellín receives the Ministers of Justice of Latin America 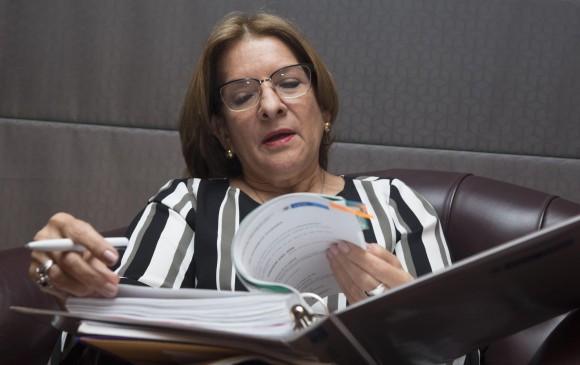 Advances in legal cooperation, access to justice in the region, penitentiary systems, new technologies and gender issues, are the transversal axes that are being worked on at the XXI Conference of Ministers of Justice of the Ibero-American Countries (Comjib), which takes place For the first time in Medellín.

Present in the city as the host of the event, the Minister of Justice, Margarita Cabello Blanco, maintains in dialogue with EL COLOMBIANO that the objective is to propose some thematic axes so that they work and in the end a product can be given that serves all of Latin America.

“If we cooperate with each other on justice issues and we all work along the same lines, it will be much easier for any citizen.”

The minister said that “Colombia is very good issues gender perspective in everything that has to do with the management of equity in justice,” so that will be the axis in which the country will expose its successful experiences.

“We are going to propose, for example, the construction of an inventory with the times of gender-based violence, the penalties provided in the judicial systems and the statistics in the complaints; In addition to sharing the document that Colombia has about a university network called Tejiendo Justicia, so that its model can be replicated in other countries; and also, to build the protocol of attention to victims of gender-based violence, ”said Cabello.

Another of Colombia’s proposals will be to share the repository of material on gender and violence, and develop an exchange of training strategies on a gender perspective.

This thematic axis will be reinforced by the mayor of Medellín, Federico Gutiérrez, who will make a presentation on good practices in access to justice and gender in the Antioquia capital.

The event, which brings together ministers and authorities from 22 countries, will run until next Thursday at the Park 10 hotel.