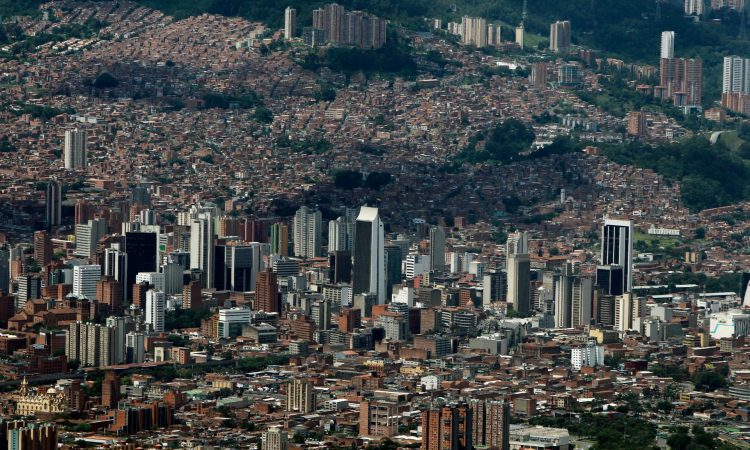 In these times prior to the electoral day of October of this year, the Personería of Medellín led the initiative to call several entities from the public and private sectors to contribute their grain of sand in the framework of the Pact for Sustainable Development Goals (ODS) ), promoted by the United Nations (UN) to end poverty, protect the planet and ensure that all people enjoy peace and prosperity. Guillermo Durán Uribe, representative of the departmental capital, explained that the SDGs are not an exclusively state duty, but a commitment that nations have made.

«It is good that the inhabitants help the good governance of their countries. For this situation, we from the Personería de Medellín believe that the fundamental pillar of the democratic states of law are in citizen participation, with this we are giving voice to the SDGs ».

The above means that each inhabitant poses the needs of their community, but from the collective perspective. It will be possible then to see what fault is being presented from the state administration and what are the challenges of the leaders to guarantee those rights that people are demanding.

In turn, Verónica Simán, representative of the UN Population Fund reiterated that this Pact is an opportunity to listen to the voices of the community, to ensure that these requirements are translated into the SDGs.

“That the incoming rulers can take this as an important reference in the design of their new work plans.” The international delegate highlighted the Antioquia capital as the first city to sign this Pact and that this has been possible due to the receptivity and the alliance of the Personería. Simán extended the invitation to the people to take advantage of this opportunity to participate to express their concerns, needs and priorities in order to be taken into account by the new leaders.

Meanwhile the Metro manager, Tomás Elejalde Escobar noted that they evaluated the purposes of the mass transit company with the 17 SDGs and saw that some are aligned. For example, objective number 14 is the reference to submarine life, since the Metro is contributing with the so-called ‘Green Recharge’ program, through which travelers receive the benefit of recharging their Civic card in exchange for contributing to the care of the environment with the recycling of plastic, aluminum and glass containers.

“We can not forget that for every fish on the reefs, there is a bottle floating around. So it is not that we have an inclination for some objectives and for others not. No, the topic is more or less integral, obviously there are some that have a greater weight.

It is very important because it guides the organization and gives it a global sense, a sense of contribution to the planet, “Elejalde Escobar added. The director of the Metropolitan Area, Eugenio Prieto Soto noted that this Pact represents a commitment of this capital and its institutions with the Personería and the community to achieve the goal of the SDGs. Thus, it is intended that this initiative be extended to the other nine municipalities that make up the Metropolitan Area of ​​the Aburrá Valley (AMVA).

The pact The SDGs are 17 and must be achieved by the year 2030. These include the end of poverty, zero hunger, health and well-being, quality education, gender equality, clean water and sanitation, affordable and clean energy, decent work and economic growth, industry, innovation and infrastructure; reduction of inequalities, sustainable cities and communities, responsible production and consumption, action by climate, underwater life; life of terrestrial ecosystems; peace, justice and solid institutions, and alliances to achieve the objectives.

In the text of the Covenant the signatories assume “a commitment made in the individual and collective task of seeing the guidelines expressed in the 2030 agenda realized and we recognize that, through our leadership, we can make possible the realization of effective actions that affect the achievement of the 17 challenges that we have set as a society.

” Specifically, the entities participating in the Pact committed themselves to ten aspects such as “promoting the creation of effective partnerships in the public, private, civil society, cooperation and academia spheres that contribute to the development of communities in a sustainable manner”. Likewise, “contribute to a society in peace.” “Promote natural and cultural diversity”. “Empower young people.” “Contribute to the prosperity of the communities.” “Work to build dynamic, sustainable and innovative economies”.

In the same way, the signatories committed to “promote sustainable consumption and production”, “strengthen scientific, technological and innovation capacity”. “Recognize the role of sport in the promotion of tolerance and respect, as well as in sustainable development through the empowerment of communities.”

Finally, “take action to mitigate the effects of climate change by promoting affordable, reliable, sustainable and modern energy services, as well as transport systems and infrastructure with quality and resilience”. In the document the members assure that they will work tirelessly to meet the 17 SDGs in Medellin.

The Pact was signed by the Personería, the Population Fund of the United Nations (UNFPA), the Government of Antioquia, the Mayor’s Office of the Antioquia capital, the Council of this city, the AMVA, Empresas Publicas de Medellín, the Metro, the television channels Teleantioquia and Telemedellín, the Autonomous Latin American University (UNAULA) and the Telefónica company.

share on Facebookshare on Twitter
¿Will we have in Colombian a Disneyland?
Medellín receives the Ministers of Justice of Latin America