HomeNewsMayors of the world will tour Medellín
News

Mayors of the world will tour Medellín 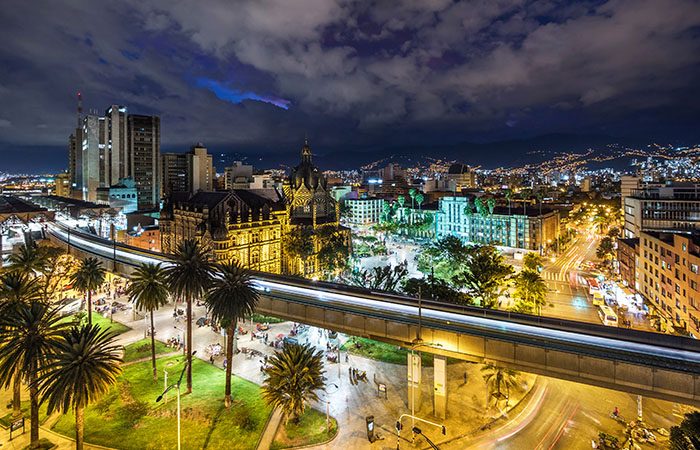 The discussion on how to have more sustainable cities began yesterday in Medellín. Five of the 77 mayors who will participate in the World Summit of Cities (WCS, for its acronym in English) came to the Plaza Mayor Convention Center to discuss their projects and what they hope to find.

The mayor of Medellín, Federico Gutiérrez, welcomed them on the site, saying that this is the first time that such a large delegation of leaders from Oceania, Asia and Africa has visited the city. “There are 1,961,969 cities in the world, and most of the summits are attended only by heads of state.

But it is from the local level where the actions are generated, “said the president, who recalled that the city was chosen as the headquarters thanks to the transformation and modernization it has experienced. Khoo Teng Chye, director of the Center for Livable Cities in Singapore, explained that mayors will discuss behind closed doors strategies to build trust between governments, businesses and citizens; and the actions that can be implemented to plan their safety and environmental, economic, and food sustainability, among others.

“This forum is held in Singapore and we wanted to come to Medellin to see its transformation. I know that many of us will be surprised by the level of development that the city has reached in the last 20 years, “he said. To explore the city The first mayor to reach the summit was Luciano José Buligon, president of Chapecó, in Brazil, one of the sister cities of Medellín.

In his meeting with the host mayor, the Brazilian expressed his gratitude for the solidarity that Medellín has shown with his people, since the air tragedy that took place in November 2016, in which 71 people died, most of them players from the Chapecoense club. “Medellín, apart from an example of innovation, is a model of solidarity.

The love of this town made me today consider myself a paisa more, “he said. José Pablo Burbano, deputy mayor of Cuenca, in Ecuador, and Pablo Lemus Navarro, mayor of the municipality of Zapopan, in Mexico, arrived minutes later. Both indicated that they are interested in knowing transport, safety and air quality solutions.

The governor of Jakarta, Indonesia, Anies Baswedan, arrived at the event with a delegation of more than 7 people and expressed his emotion for the visit to the communes of Medellín. “We are going to go through the neighborhoods and we are excited to know how the lives of the people have changed,” he said.

Today from 9:30 a.m. The 77 invited mayors will visit the 13th commune to learn about the transformation experience associated with escalators, the library park and public spaces. During the afternoon there will be a private session of mayors in Plaza Mayor and in the evening they will meet in the Botanical Garden. Tomorrow the mayors will meet again in the morning, while the symposium of young leaders is held.

In the afternoon there will be another tour of the Center, which includes pedestrian passages, Ayacucho tram and metrocables (lines H and M that go to communes 8 and 9).

share on Facebookshare on Twitter
Medellín is the epicenter of the talent revolution.
Más de 60.000 asistentes tuvo la F-Air de 2019