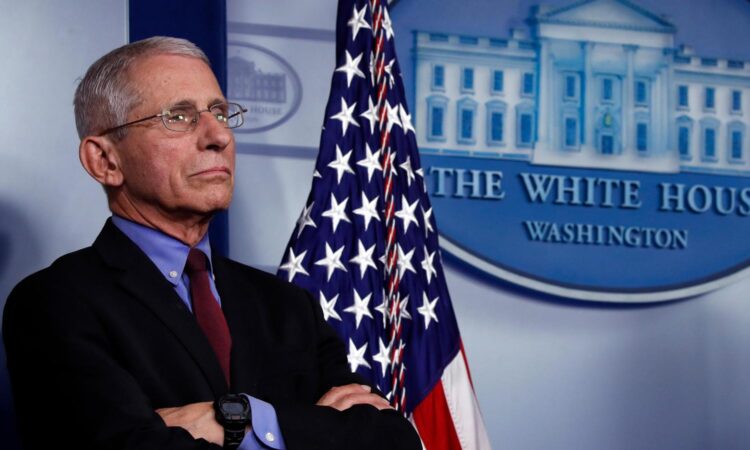 Greenbelt, Maryland – A federal criminal complaint has been filed charging Thomas Patrick Connally, Jr., age 56, for the federal charges of threats against a federal official and interstate communication containing a threat to harm, specifically for sending emails threatening harm to Dr. Anthony Fauci and Dr. Francis Collins, the current Director of the National Institutes of Health (NIH). The criminal complaint was filed on July 26, 2021, and unsealed today upon Connally’s arrest. Connally is expected to have an initial appearance in U.S. District Court in Greenbelt on Wednesday, July 28, 2021 before U.S. Magistrate Judge Timothy J. Sullivan.

The criminal complaint was announced by Acting United States Attorney for the District of Maryland Jonathan F. Lenzner and Special Agent in Charge George Adams, Office of Investigations, Office of Inspector General of the Department of Health and Human Services.

“We will never tolerate violent threats against public officials,” said Acting U.S. Attorney Jonathan Lenzner. “Our public health officials deserve our thanks and appreciation for their tireless work, and we will not hesitate to bring charges against those individuals who seek to use fear to silence these public servants.”

According to the affidavit filed in support of the criminal complaint, from December 28, 2020 to July 21, 2021, Connally used an email account from a provider of secure, encrypted email services based in Switzerland, to send a series of emails to Dr. Anthony Fauci, the current Director of the National Institute of Allergy and Infectious Diseases (“NIAID”) and the Chief Medical Advisor to President of the United States, threatening to harm and/or kill him and members of his family. One of the emails threatened that Dr. Fauci and his family would be “dragged into the street, beaten to death, and set on fire.” On April 24, 2021 alone, seven threatening emails were sent from the encrypted account between 10:05 p.m. and 10:12 p.m.

“Every time I see your sickening elf visage I literally get sick,” a Dec. 28th message said. “You are a lying sack of shit, all the way back to your bullshit HIV scam. You are a sickening, compromised, satanic freemason criminal, and I hope you get a rope around your vile elf neck, and a bullet in your disgusting elf face tonight. Hope someone takes a baseball bat to your dirty lying elf skull and puts your [sic] out of your misery, you sickening vile piece of criminal DOG SHIT.”

“You and your disgusting wife and daughters are getting 6 mandatory shots to their disgusting pig snouts while you watch,” another email said. “You and your entire family will be dragged into the street, beaten to death, and set on fire.”

As detailed in the affidavit, also on April 24, 2021, just 30 minutes before the seven emails were sent to Dr. Fauci, Dr. Francis Collins, the Director of the NIH, received a total of four threatening emails from the same encrypted email address associated with Connally.

Investigation revealed that the encrypted email account was associated with Connally. Pursuant to a search warrant, law enforcement obtained emails from a mail.com account which the affidavit alleges Connally used to communicate with the encrypted email address used to send the threatening emails.

Connally’s place of residence was not revealed in court documents, but he was arrested in West Virginia.

If convicted, he faces a maximum sentence of 10 years in federal prison for threats against a federal official; and a maximum of five years in federal prison for interstate communication containing a threat to harm. Actual sentences for federal crimes are typically less than the maximum penalties. A federal district court judge will determine any sentence after taking into account the U.S. Sentencing Guidelines and other statutory factors.