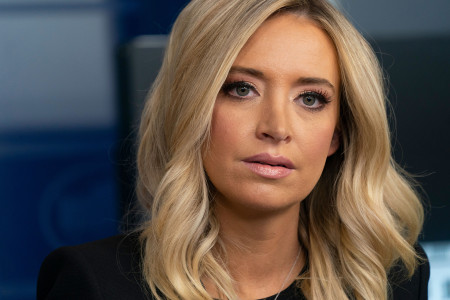 In making the announcement, Scott said, “Kayleigh’s unique background in politics and law coupled with her experiences confronting women’s health challenges and life as a new mom will add robust insight to Outnumbered — we are delighted to welcome her back to FOX News where she began her media career.”

McEnany added, “I am thrilled to join the incredible women of Outnumbered and look forward to working alongside the talented Harris Faulkner and Emily Compagno as we discuss the top issues impacting the country.”

According to Nielsen Media Research, Outnumbered (weekdays 12-1 PM/ET) is currently the most watched cable news program in its timeslot and has also nearly doubled its viewership since premiering in 2014. The show ranked among the top 15 programs in total viewers in 2020, notching its highest-rated year ever with 2 million viewers, while also garnering 338,000 in the coveted 25-54 demographic.

Since joining FOX News Media as an on-air commentator earlier this month, McEnany has provided political analysis across all platforms, including appearances on FOX & Friends, America Reports and The Five, among others. Previously, she served as the White House Press Secretary, a role she took after working for President Trump’s 2020 re-election campaign as the National Press Secretary. Before joining the Trump campaign, McEnany held the title of national spokesperson for the Republican National Committee. She got her start in politics as an intern for former Rep. Adam Putnam (R-FL) and later, in the White House Office of Media Affairs during President George W. Bush’s administration.