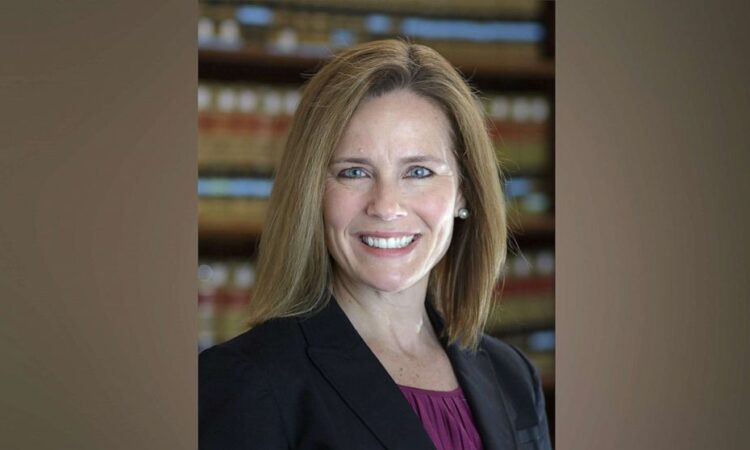 WASHINGTON — In the race to install a replacement for the late Justice Ruth Bader Ginsburg on the Supreme Court, President Donald Trump Monday reportedly met with his top candidate at The White House.

The President is leaning toward choosing Judge Amy Coney Barrett for the nomination, Bloomberg reported. Adding that Coney secretly visited The White House.

Earlier today, President Trump told reporters he was down to five finalists and he would announce his pick on “Friday or Saturday.”

President Trump says he has 5 women on his Supreme Court shortlist: "On Friday or Saturday, I'll be announcing the pick." pic.twitter.com/gItX7ClDcm

Barrett has been on Trump’s list of potential Supreme Court nominees since 2017, almost immediately after her court of appeals confirmation. In July 2018, after Anthony Kennedy’s retirement announcement, she was reportedly one of three finalists—and the only woman—Trump considered as Kennedy’s successor. Trump chose Brett Kavanaugh.

Reportedly, although Trump liked Barrett, he was concerned about her lack of experience on the bench. At the time, Barrett had been on the bench for less than a year.