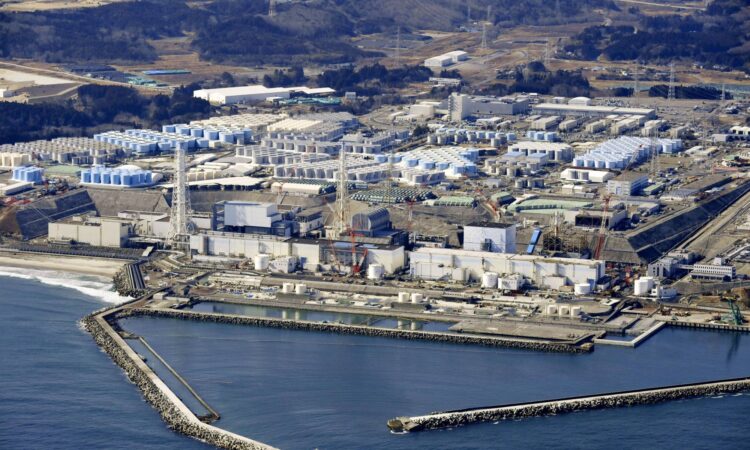 Japan on Tuesday finalized a decision to discharge wastewater from the disaster-hit Fukushima Daiichi nuclear power plant into the sea as the accumulation of on-site storage tanks threatens to interfere with decommissioning efforts.

Cabinet members and other officials from relevant agencies gave the plan the go-ahead in a meeting at the prime minister’s office. The move drew swift rebukes from neighbors South Korea and China, while the U.S. voiced support for the solution.

Prime Minister Yoshihide Suga said, “We have no choice but to take on the wastewater issue, as we need to proceed with decommissioning of the nuclear reactors.” He added that the government will do all it can to ensure the safety of the treated water and to avoid possible reputational damage from the release.

Tokyo Electric Power Co. Holdings will be encouraged to start releasing the water in about two years under the basic guidelines approved at the meeting.

WATCH: A decade after the 2011 earthquake and nuclear accident, cameras were allowed inside the Fukushima Daiichi nuclear power plant. See how many tanks surround the complex, holding treated water, which are expected to be full by fall 2022.https://t.co/ZrnUCStMD7 pic.twitter.com/DHfIVSDVpA

Water will be discharged only after the Nuclear Regulation Authority gives the green light. The government will also bolster efforts to monitor the quality of seawater and prevent reputational damage in the surrounding areas.

Though Tepco removes key radioactive contaminants before storing the water in tanks, the process cannot remove tritium — a radioactive form of hydrogen. More than 1,000 tanks now hold still-tainted wastewater at Fukushima Daiichi, and removal is considered a key step toward fully decommissioning the idled plant.

share on Facebookshare on Twitter
BREAKING: Officer Who Killed Ashli Babbitt at Capitol Riot Will Not Be Charged
NYC ‘Wolverine’ charged with attempted murder after attack on Black Lives Matter protestors