In this 2019 do not miss the Business Reign of Tolima 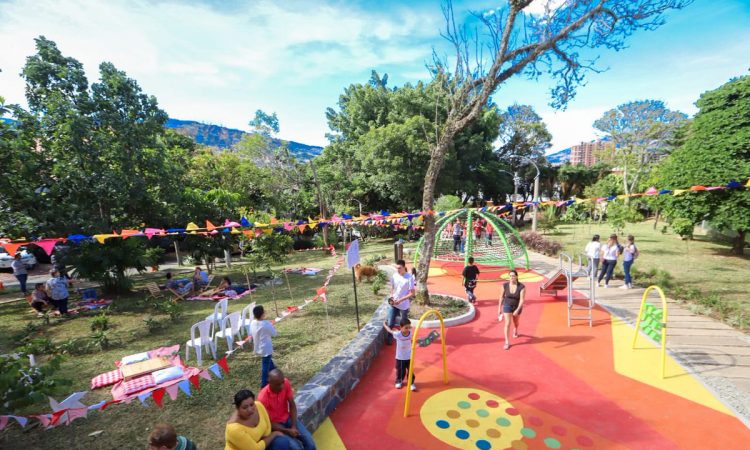 The Mayor’s Office of Medellin integrated four more renovated parks into the city, thanks to the “100 Parks for Vos” program, which deals with a single project in the same way as citizens. On Tuesday, four renovated parks were handed over to the community. Castilla, Santa Mónica, La Castellana and El Poblado were the neighborhoods that benefited from these works. In the Francisco Antonio Zea park, in commune 5, Castilla, 1,757 m² of public space were recovered for the enjoyment of families.

There, the platforms and accesses were improved, new street furniture was installed and hard floors were replaced by soft floors to have new trees and gardens. In commune 12, La América, between Santa Monica Park – Los Tanques, 3,976 m² of public space have been renovated. “In Santa Monica Park – Los Tanques we installed new playgrounds, we built trails and we planted 218 m² of new gardens. Better public space for Medellín and its people, “assured the Mayor of Medellín, Federico Gutiérrez. Another children’s game in the park La Castellana, in the commune 11, this work has a gym, new playgrounds and more green areas.

The park was also delivered La Bailarina, in El Poblado, which has extensive gardens, new lookout for the meeting, outdoor gym, playground. In the “100 Parks for Vos” program, $ 125,000 million were invested. Thanks to this strategy, 51 parks have been delivered to the community, 21 are in execution, nine are under contract and 19 are close to tendering.