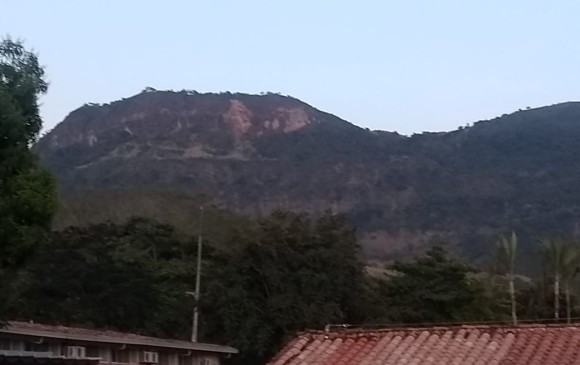 In Damasco corregimiento of Santa Barbara, Southwest Antioquia, a fatal accident happened last Monday that claimed the life of a paraglider of american nationality.

The event was confirmed by the local Fire Department, which revealed that the case was handled by police in the afternoon hours in the sector known as Cordoncillo.

According to the commander of this agency, Nicolás Villada, the victim’s body, identified as Rafael Thomas Zakota, was taken to the urban area of Santa Barbara and from there, elater in the early hours of  Tuesday, he was transported in a hearse to Medellin.

Villada, according to the images of the fatal event, said that the paraglider apparently died while in the air and perhaps fell to the ground without vital signs. However, Forense Medicine will be responsible of revealing the causes of death.

The foreigner was an american citizen, so the paperwork for the repatriation of the body is also advanced.

The search for the body lasted for a few hours due to the complexity of the geography of the area where the event occurred. According to Villada, it is common for paragliders to practice their activity by lifting flight from the site known as Cerro Amarillo.

“20 days ago we had an incident with another person who had a fall, suffered serious injuries but did not die. He was also referred to Medellin,” he revealed.

Tags :Southwest Antioquia
share on Facebookshare on Twitter
Colombia has test to coronavirus diagnosis
Political scandal led to resignation of the University of Medellin principal