In 5 seconds, 300 cameras detect vehicles used in crimes in Medellín 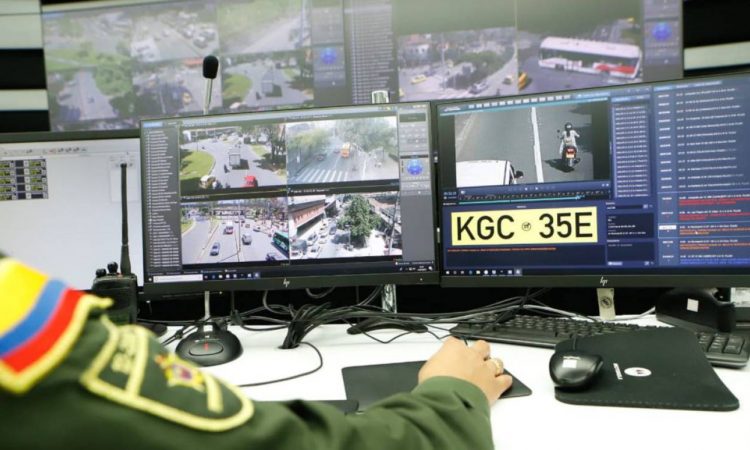 “The city is armored,” said the mayor of Medellin, Federico Gutiérrez Zuluaga, detailing that this capital city has 2 thousand 763 cameras of the latest technology for video surveillance. Of this number of cameras, there are currently 300 with the License Plate Recognition (LPR) system, which allows to recognize the plates of cars and motorcycles, so they can move at 200 kilometers per hour.

During the trial period the cameras have allowed 36 police actions, the last occurred in the morning of this Wednesday, July 17, when the system identified a vehicle that had previously been used for a theft in the Popular-Comuna 1 neighborhood was intercepted in the vicinity of Plaza La Minorista.

After the effective denunciation of the citizenship, in the single line of emergencies 123, the plates of the public service car were entered into the system and a day later, when it passed through one of the security cameras, it was reported in the system and started the persecution of the driver until his apprehension. Finally it was determined that the man has nine antecedents for criminal acts and will be judicialized.

“Every time a report is generated, a warning from a research organization or from 123, due to an event that has occurred in any period of time, it is entered into the system and when that driver passes in his vehicle through one of the cameras, the report. These 300 cameras have been located in strategic locations. They are not fotomultas, they are for the security of all, “said the Mayor of Medellín.

This system has a proven track record in Europe; It is also complemented by the timely reaction that 123 has achieved, in which it went from a time of attention from 28 seconds in 2015 to nine seconds in 2019.

In a month it is expected that this technology is integrated into the Hawk helicopter of the Metropolitan Police, which will be another element in the consolidation of the lock plan against crime and thefts that occur in the Medellín thoroughfares.

“The interesting thing is that the other municipalities in the metropolitan area continue this expansion of cameras. What we did from Medellín was to start with our own resources, but this system lends benefit to any municipality in the Aburrá Valley where a crime has been registered and the vehicle circulates through the streets of our city, “the local president added.

share on Facebookshare on Twitter
Medellin launches system that identifies vehicles involved in crimes
¿Will we have in Colombian a Disneyland?