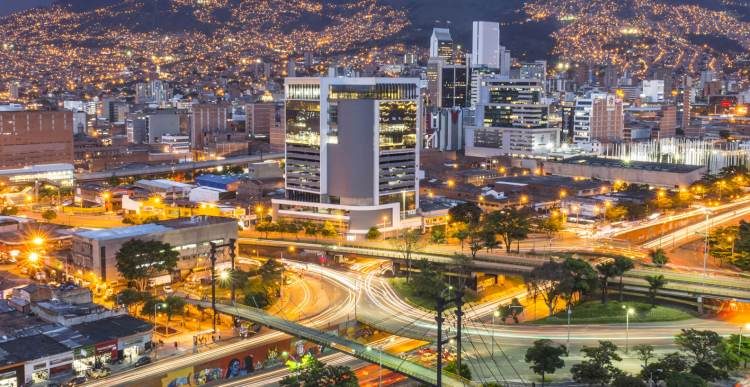 Think of a gondola suspended under a cable, floating high off the ground as it hauls a cabin full of passengers up a long, steep mountain slope. To most people, the image would suggest ski resorts and pricey vacations. To the people who live in the poor mountainside communities once known as favelas at the edges of Medellín, Colombia, the gondola system is a lifeline, and a powerful symbol of an extraordinary urban transformation led by technology and data.

The technology that helped save Medellín is not what you’d see in San Francisco, Boston or Singapore—fleets of driverless cars, big tech companies and artificial intelligence. It is about gathering data to make informed decisions on how to deploy technology where it has the most impact. And it is about establishing a constituency for change that transcends wealth and class. When experts get together to discuss the path to smarter cities, Medellín often comes up as a standard against which any city’s vision for transformation should be measured—including the judges of Newsweek’s Momentum Awards.

Where most smart-city ­initiatives are of, by and, to a large extent, for the already tech-savvy and well-resourced segment of the population, Medellín’s transformation has for the most part been focused on people who have the least. “Smart-city efforts tend to be centrally planned, with change driven by tech companies,” says Soledad Garcia-Ferrari, an urban development researcher at Scotland’s University of Edinburgh who has studied smart cities around the world. “Medellín looked for initiatives that are inclusive of every facet of society, and they were driven by the communities themselves.”

A city of more than 2 million that had long been renowned as a center of narcotics-related crime, poverty and despair, Medellín embarked on its smart-city journey in the mid-1990s, more than a decade before “smart city” was a thing. Progress since then has spanned five mayors of different political parties. Today, Medellín’s homicide rate is one-twentieth of what it was in 1993, and nearly two-thirds of those who were once mired in poverty have emerged from it. Virtually everyone in the city, including the majority that a decade ago had few basic services, has full free access to education, health care, transportation and range of cultural, economic and online services, most of them free.

Along the way, Medellín’s dramatic program of change has blurred the distinction between the technological and the humane. “This was all about innovation,” says Carlos Moreno, a Medellín-born urban researcher at Paris’ Panthéon-Sorbonne University. “But it was also about a shared vision of social innovation.”

The key ingredient of Medellín’s transformation, experts agree, is perspective: The city looked beyond technology as an end in itself. Instead, it found ways to integrate technological and social change into an overall improvement in daily life that was felt in all corners of the city—and especially where improvement was most needed. “Medellín’s vision of itself as a smart city broke from the usual paradigms of hyper-modernization and automation,” says Robert Ng Henao, an economist who heads a smart-city department at the University of Medellín. “It replaced them with a more anthropocentric vision of the city’s future.”