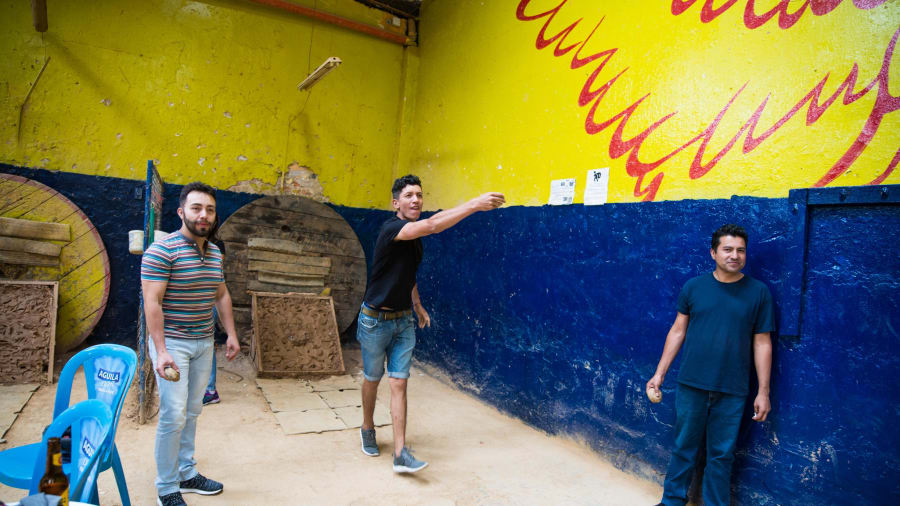 Steel projectiles, gunpowder and lots and lots of beer. It sounds like a recipe for disaster. But in fact they’re the components needed to play Colombia’s national sport: tejo.
The game originated amongst Colombian indigenous groups around 500 years ago, and was declared the Latin American country’s sport in 2000 under Law 613. Popular for its boozy nature, some tejo purists are trying to banish the beer and get the sport into the Olympics.
Also occasionally known as “turmequé,” after a town which is now situated in the Boyacá department, its exact origins are hard to pinpoint because of a lack of records.
“Tejo is unique, both for Colombia and Turmequé, because it is an inherited treasure from our aboriginal ancestors. It’s an achievement that it was not wiped out by the colonial conquistadors and it makes up a unique link between our past and our present,” says Yoani Vela Bernal, mayor of Turmequé.
Initially the game involved stones or small pieces of wood, and the Spanish substituted the stones and wood for lead disks. It’s not actually known when gunpowder was added into the game, although some believe it was during the “La Violencia” era, a decade of bloody conflict between the two main political parties which ended in 1958.
CNN
Tags :ColombiaSportsTejo
share on Facebookshare on Twitter
Colombia’s Ecopetrol sets 2019 investment at $3.5-$4 billion
Hospital ship gives free medical care to Venezuelans in Colombia