HomeNewsFlower Fair: the most beautiful face in Medellín
News

Flower Fair: the most beautiful face in Medellín 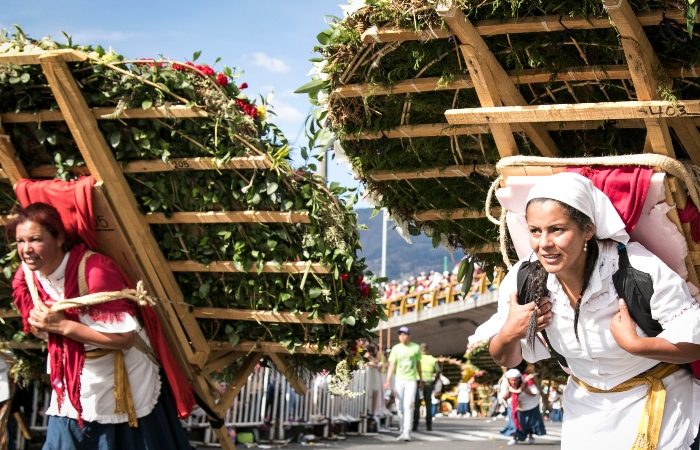 Medellin dresses up to receive more than 25 thousand visitors, both Colombians and other countries, which will leave profits of 20 million dollars in the city. The event, turned into a tradition that brings together Antioquenos around pride in their traditions, opens its doors with all kinds of activities.

The municipal government, headed by Federico Gutiérrez, called on all citizens to join the celebration. From last Friday 2 and until Sunday, August 11, Medellín will host the Flower Fair that, in this edition, has a varied program, which aims to leave no one outside the party, in different public places and with totally free admission. Forty are the events that can be enjoyed over these ten days.

The action will take the Plazas de las Flores, the Night Cultural Park, the night of folklore with the Mexican Folkloric Ballet and the fifteenth National Trova Festival.

“Today Medellín is a city for trust. Here the optimism is evident and that is why I want to invite all the people so that the joy, enthusiasm and human warmth of these parties remain throughout the year, ”said Mayor Federico Gutiérrez Novelty of the Fair Of the events that generates the largest prelude is the parade of silleteros, which reaches its 62nd edition, in which around 500 farmers in the region will exhibit all their talent and creativity with their saddles.

For this year, the parade returns to the Regional Avenue, where some 600 thousand people will attend.

Additionally, a hundred entrepreneurs who have the support of the Municipal Administration will market their products in multiple spaces that will be opened to them. Attendees at Santa Elena Magic Silletera, Equine International Expo, Plaza de las Flores, Sweet Fair, Farmers Markets, among others, will enjoy the opportunity to get to know Paisa talent firsthand.

Among the other events that stand out in the schedule is the night of folklore, which will take place on August 7 and 8 in the square of the Museum of Modern Art, where the aforementioned Folkloric Ballet of Mexico. The Trova World Cup, scheduled for August 10 in race 70, also deserves the focus of the participants of the Fair.

There, in addition to being able to laugh and enjoy the best exponents of the genre, Toto La Momposina, an emblematic singer from Colombia, will be a special guest.

The authorities of Medellin and its surroundings are already prepared for the event. The José María Córdova Regional Migration Point (JMC) has planned controls to assist visitors. Panama, Mexico and the United States are the countries where visitors come most to parties. It is estimated that the connoted celebration left 64 billion pesos of economic spill. And a hotel occupancy exceeding 80%.

share on Facebookshare on Twitter
Don’t miss them: Medellín is a bird territory
Egan Bernal receives hero’s welcome on return to Colombia