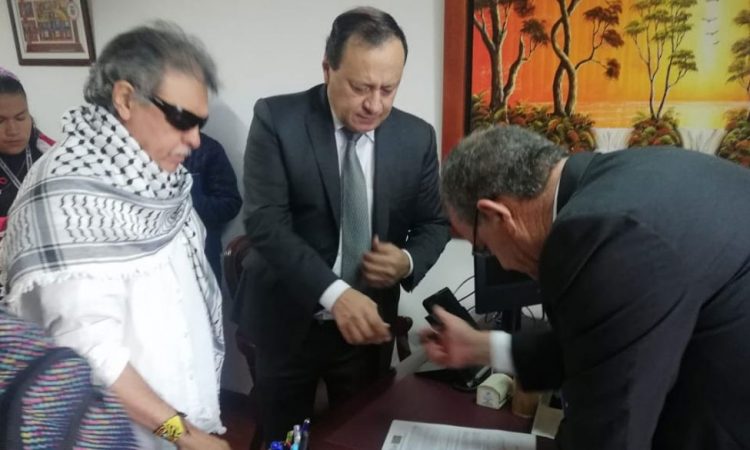 After spending more than a year in jail, FARC leader “Jesus Santrich” was formally sworn in as the former guerrillas’ leader in Colombia’s House of Representatives.

A House committee approved Santrich’ entry to Congress on Monday, despite ferocious resistance by President Ivan Duque and his far-right Democratic Center party, who called the FARC’s former ideologue a “mafioso.”

Santrich inauguration followed a year-long judicial battle that began with a US extradition request on an unsubstantiated drug trafficking charge in April last year.

The drama that followed resulted last month in the resignation of former Prosecutor General Nestor Humberto Martinez and criminal charges against the DEA agents involved in the operation that sought to link the FARC leader to a drug trafficking conspiracy.

While the FARC’s legal victory could calm the nerves of demobilized combatants, Santrich’s inauguration is likely to further radicalize Duque’s party, which has opposed Colombia’s ongoing peace process for years.

The president called in the Inspector General’s Office to immediately begin procedures to remove the FARC leader from congress over the unproven drug trafficking allegations.

Inspector General Fernando Carrillo did not immediately confirm he would begin a disciplinary investigation, but is likely to do so as he leads the body that ought to remove lawmakers if they are found guilty of criminal activity.

The US government, which has insisted that the virtually blind Santrich conspired to traffic 10 tons of cocaine, refused to surrender evidence to the JEP and has yet to effectively cooperate with the Supreme Court.

A hearing the DEA informant who claims Santrich led the drug trafficking conspiracy was suspended on Monday after the US Department of Justice informed the court that their witness was not yet adequately prepared.