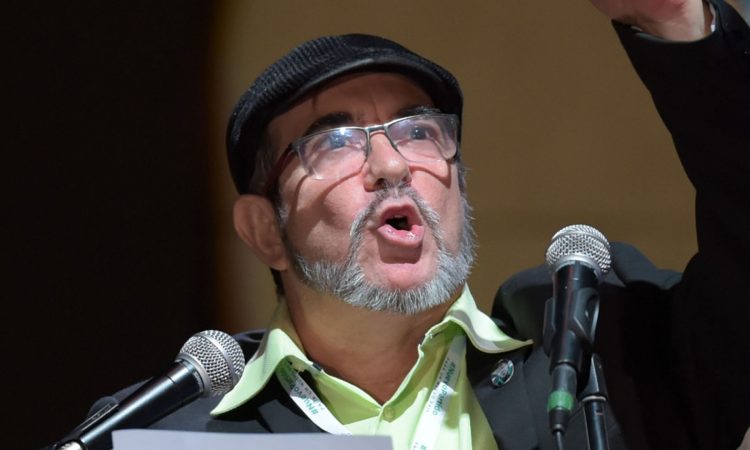 In an interview with W Radio, Londoño said that more than 90% of the 13,000 FARC guerrillas who demobilized in 2017 continue to take part in the peace process, despite a call to rearm by his former number two, “Ivan Marquez,” and Congressman  “Jesus Santrich.”

The FARC’s former military commander asked forgiveness for the actions of the former commanders who “at one time were our spokespersons,” but insisted that “we have to move forward.”

We ask the country and the international community for forgiveness because they were, at one time, our spokespersons. They abandoned the process and now they will have to respond. However, we have to move forward.

Londoño called on President Ivan Duque to “get together to send a message of optimism to the former combatants who continue in the process,” stressing that “those who continue are a lot more and, modesty aside, better.”

The former guerrilla leader said he was considering changing the name of his political party to take full distance from those using the FARC’s name to continue or resume violence.

“The common goal of the vast majority is peace for Colombia,” Londoño said on Twitter.

The FARC leader received the support of former government peace negotiator Humberto de la Calle, who called on the Colombian people to rally behind the peace process.

The rearmament of Marquez, Santrich and authoritative former FARC mid-level commanders is the latest blow to the peace process that has been marred by political violence and irregularities since it began in 2016.

Santrich disappeared in late May, the same day that Marquez, one of his best friends, ended his activity on Twitter.

Until their call to rearm on Wednesday and the launch of a new FARC website on Thursday, they had remained out of site, spurring speculations about their intentions.

share on Facebookshare on Twitter
The construction of the racetrack in “Central Park” already has a contractor
Cómo se pronuncia Dressed in green and red, this is how the sculptures dawned in La Alpujarra