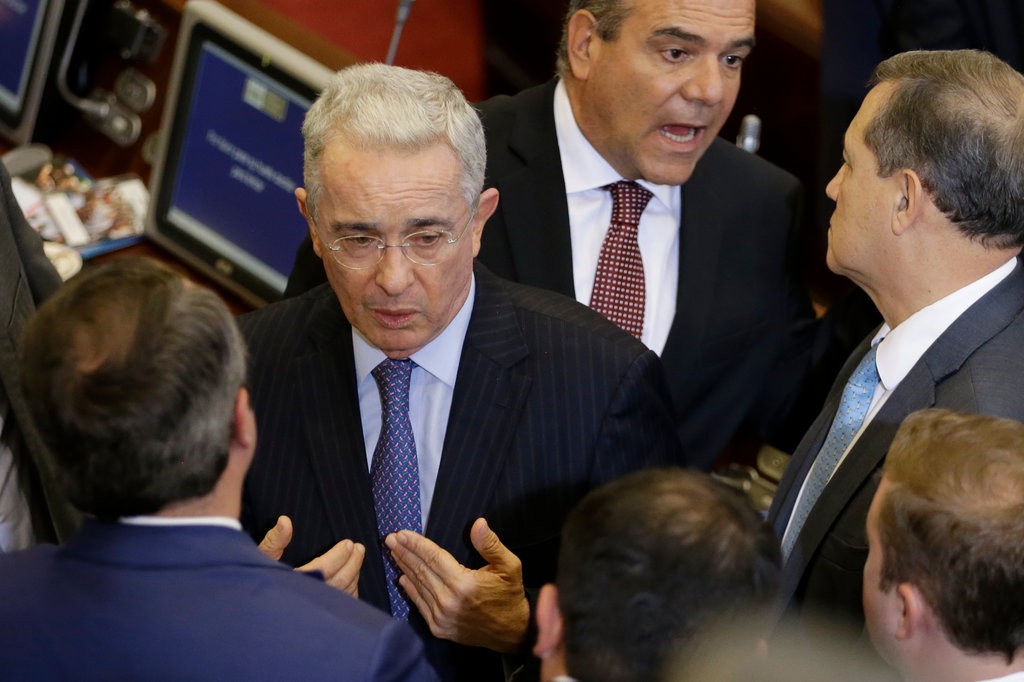 Álvaro Uribe, a former president of Colombia who was later elected to the Senate, is now under investigation by the country’s Supreme Court.CreditFernando Vergara/Associated Press.

MEDELLÍN, Colombia — Álvaro Uribe, a powerful former president of Colombia, said Tuesday that he was resigning from his Senate seat after the Supreme Court disclosed that it was widening a criminal investigation of him to include accusations of bribery.

In a statement posted on Twitter, Mr. Uribe said that the investigation had left him “morally impeded to be a senator” and that he was leaving Congress to prepare his defense.

In Colombia, the resignation was an abrupt setback for a resilient politician who has dominated the country for two decades. Mr. Uribe served as president from 2002 to 2010, waged a pitched battle against his successor, founded his own party and continued on in the Senate as one of the country’s most popular politicians.

His star was ascendant again when a little-known candidate he backed in elections, Iván Duque, won the presidency by a large margin in June and pledged to restore Mr. Uribe’s legacy. The two men had also proposed a new judicial structure that would eliminate the Supreme Court, which was investigating the Uribe case.

The resignation threw Mr. Uribe’s comeback into question on Tuesday.

“It’s an issue that, without doubt, affects the party and changes the rules of the game for this political coalition,” said Pedro Medellín, a political scientist who writes a column for Colombian newspapers.

Some analysts said it also might give Colombia’s new president, who takes office on Aug. 7, the chance to govern outside of the influence of his popular patron.

“Duque is way more moderate than most of his party, including Uribe,” said Adam Isacson, an analyst at the Washington Office on Latin America, a human rights group. “Having Uribe out of the picture makes Duque less dependent on hard-liners in order to govern.”