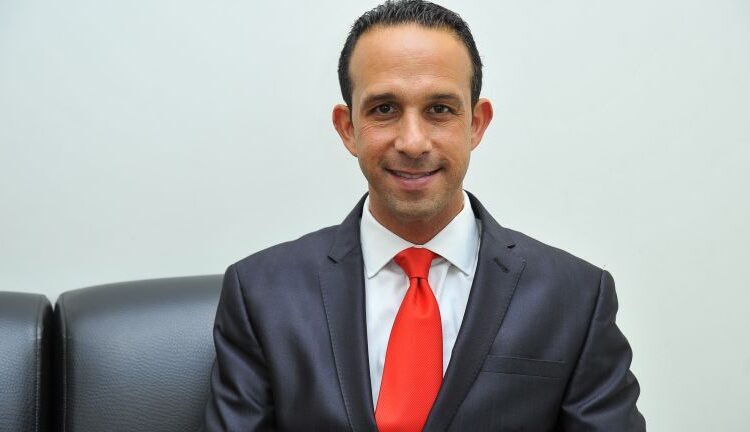 LOS ANGELES – Former Los Angeles City Councilmember Mitchell Englander was sentenced this morning to 14 months in federal prison for his conduct surrounding his obstruction of a public corruption investigation into his acceptance of gifts – including $15,000 in cash – from a businessman during trips to Las Vegas and Palm Springs in 2017.

Englander, 50, of Santa Monica, was sentenced this morning by United States District Judge John F. Walter, who noted that Englander’s “elaborate and clandestine scheme” to cover up his conduct has “undermined the public trust.” In declining Englander’s request for probation, Judge Walter stated that “justice [was] owed to society.” In addition to the prison term, Judge Walter ordered Englander to pay a $15,000 fine.

At the conclusion of this morning’s two-hour hearing, Englander became the first person to be sentenced in relation to Operation “Casino Loyale,” the ongoing corruption investigation into Los Angeles City Hall that has also led to criminal charges against former City Councilmember Jose Huizar and 10 other defendants. Englander, who represented Los Angeles City Council District 12 in the San Fernando Valley for more than seven years before resigning at the end of 2018 with almost two years left on his term, pleaded guilty last July to one count of scheming to falsify material facts.

Englander schemed to cover up cash payments, expensive meals, escort services and other gifts offered to him from an individual identified as Businessperson A, who sought to increase his business opportunities in the city. From August 2017 until December 2018, Englander knowingly and willfully falsified and concealed material facts pertaining to the federal public corruption investigation. Specifically, Englander covered up facts that he had accepted items of value during June 2017 trips to Las Vegas and Palm Springs and that he directed a witness to lie to and mislead federal investigators.

Englander, while serving as a city councilmember and a reserve officer with the Los Angeles Police Department, “illicitly cashed in on his status as a purported public servant in casino bathrooms and through VIP bottle service, luxury dinners, and behind hotel room doors,” prosecutors wrote in a sentencing memorandum. “Over numerous incidents of escalating corruption and self-preservation, [Englander] sold out both oaths, cheaply and repeatedly.”

During the trip to Las Vegas, Englander accepted from Businessperson A an envelope with $10,000 in cash, a hotel room, $1,000 in casino gambling chips, $34,000 in bottle service at a nightclub, and a $2,481 group dinner. Businessperson A also paid for two female escorts to arrive at their hotel and later instructed one of the escorts to go to Englander’s room.

After learning about the federal investigation into his conduct, Englander sent a reimbursement check to Businessperson A, backdating the check “to give the impression he intended to reimburse the expenses before the FBI reached out to request an interview,” prosecutors noted in the sentencing memorandum.

Englander also made false statements to the FBI and federal prosecutors on three separate occasions in 2017 and 2018.

Englander “was motivated by plain old-fashioned greed, selfishness, and a desperate desire to cling to his status as a wealthy and powerful City official,” prosecutors argued in the sentencing memorandum, which notes that the corrupt conduct has “cause[d] lasting civic damage by undermining the City’s faith in its public servants.”

Englander was the first person to be charged in relation to Casino Loyale, the ongoing corruption investigation being conducted by the FBI and the United States Attorney’s Office that has focused on a wide-ranging “pay-to-play” scheme in which developers bribed Los Angeles city officials to secure official acts to benefit their real estate projects. A total of nine individuals and two businesses have now been charged as a result of this investigation, including Huizar, who is the lead defendant in a sweeping racketeering indictment that alleges he agreed to accept at least $1.5 million in illicit financial benefits while serving as the leader of a criminal enterprise. A jury trial for Huizar and several other defendants is currently scheduled for June 22 before Judge Walter.

In addition to Englander, several individuals charged in the investigation have pleaded guilty and await sentencing later this year. Two corporate entities have entered into non-prosecution agreements and collectively have paid $2.25 million.