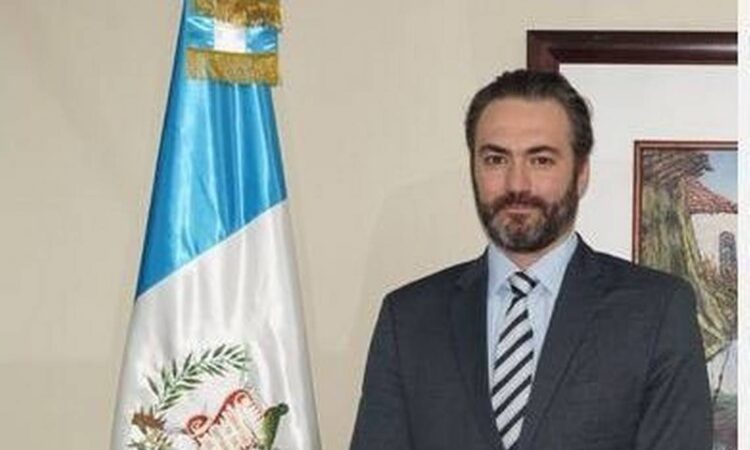 According to the criminal complaint affidavit, former Minister Valladares Urruela’s co-conspirators included a major drug trafficker, a corrupt Guatemalan politician, and a crooked Guatemalan bank employee. The bank employee was the conduit between those with the dirty cash (the drug trafficker and the corrupt politician) and the person who needed it (Valladares Urruela). Maximizing on the employee’s access to and familiarity with banking mechanisms, the co-conspirators executed a sophisticated money laundering scheme that allegedly involved, among other activities, unlawful money exchanges between parties in different countries through “mirror transactions” that left no paper trails, development of fraudulent investment opportunities that yielded false financial gains, creation of sham documents to make ill-gotten gains appear legitimate, and steady hand-to-hand deliveries of large amounts of cash.

This money laundering conspiracy lasted from 2014 to 2018 and benefitted each co-conspirator. The bank employee got a cut of the various financial transactions. The drug trafficker and corrupt politician were able to exchange their dirty cash for what appeared to be legitimate earnings, complete with papers trails. This allowed the criminals to enjoy their money openly and publicly, as well as to move money to other locations secretly, including to different locations in South America. Valladares Urruela regularly received backpacks, duffel bags, and brief cases full of dirty, untraceable cash that he knew came from drug trafficking and corruption and used it to bribe Guatemalan politicians, according to the complaint affidavit. Valladares Urruela’s demand for bribe cash was allegedly so great, he allegedly once remarked to a co-conspirator that politicians must think money grows on trees.

Some of the money from Valladares Urruela’s alleged scheme with his co-conspirators passed through U.S. bank accounts. At least two Miami companies allegedly helped the co-conspirators move money to South America.

“This case demonstrates the unfortunate links that sometimes exist in Central and South American countries among drug traffickers, business people, and corrupt politicians,” said U.S. Attorney Ariana Fajardo Orshan. “Although Miami serves as a bridge between the United States and our neighbors to the south, drug traffickers, corrupt officials, and their dirty money are not welcome in our district. The U.S. Department of Justice stands with its law enforcement partners in neighboring countries in the fight against money laundering and narcotics trafficking.”

“This investigation demonstrates that the FBI and our partners will not stop at the borders to identify and locate criminals,” said Robert E. Bornstein, Acting Special Agent in Charge of the FBI’s Washington Field Office Criminal Division. “The FBI will continue to work with our foreign and domestic partners to bring to justice Asisclo Valladares Urruela and others like him who perpetuate the unfortunate link of drug trafficking and political corruption that sometimes exists.”

“No one is ever above the law,” said DEA Miami Field Division Special Agent in Charge Kevin W. Carter. “Government officials, both foreign and domestic, are expected to obey laws. When corruption exists, it poisons the welfare of nations and almost always involves other types of crimes. The DEA Miami Field Division will always support its law enforcement partners, both national and international, to combat drug trafficking and all other criminal activities that go along with it.”

The prosecution was part of Operation Black Mass, which is a result of the ongoing efforts by the Organized Crime Drug Enforcement Task Force (OCDETF), a partnership between federal, state and local law enforcement agencies. The OCDETF mission is to identify, investigate, and prosecute high level members of drug trafficking and money laundering enterprises, bringing together the combined expertise and unique abilities of federal, state and local law enforcement.